How staff can get fit while giving to charity 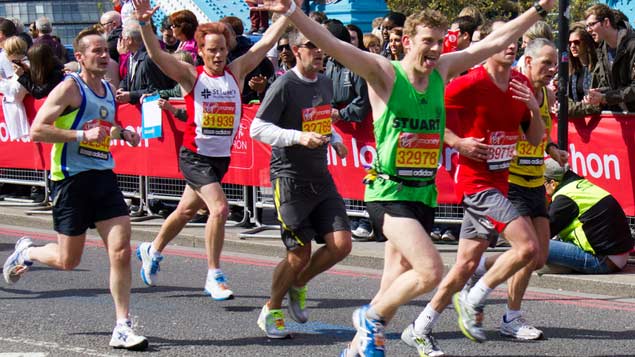 Gamification is becoming increasingly popular as a means of boosting corporate wellbeing. But what if workers’ fitness efforts could translate into giving to charity, too?

Here is a good way to kill two birds with one stone: encourage your staff to get fit while simultaneously giving to charity. In one fell swoop, you can boost your corporate social responsibility (CSR) profile without anyone having to run a marathon.

This is the proposition being put forward by London-based start-up Yaantu, an unusual name conjured up out of the first letters of various mountain ranges – because these are what people aspire to climb.

We wanted to provide an efficient wellness solution that would also maximise organisations’ CSR activity because we felt there was a nice link between the two.” – Lydia Markwick, Yaantu

Due to be formally launched in November, Yaantu is a web app that pulls data from popular fitness trackers such as Fitbit and RunKeeper, before assigning people “Ybit” points based on their performance.

Employees can then view how many Ybits they have earned via a graphic on their smartphones or tablets, and compare their progress with that of their colleagues, whether in the same department, office or even remote locations.

This may not be the first app to bring gamification aspects such as leagues or leaderboards into corporate wellbeing, but what makes it stand out is the philanthropic angle.

Yaantu’s optional move to tie rewards to charitable giving has been universally taken up by its beta customers, which include three FTSE 100 companies and a number of small-to-medium-sized businesses.

For a fee of between £2 and £7 per user per month, depending on which support and marketing options are chosen, companies can pay contributions directly to a nominated charity based on the number of Ybits earned, with the option of putting a ceiling on payments.

If employers want to opt for a package aimed specifically at them, however, they can choose from a list of charity options – or request that Yaantu add new ones – posted on the app’s online GiveNow page.

While this alternative will set them back £20 per user for a two-month project, about half of the fee is placed in a pool to cover the cost of Ybit-related donations so that the company does not have to fork out directly.

The product is the brainchild of co-founder Jack Preston, who met co-founder Lydia Markwick while studying business at Pearson College in London.

He came up with the idea having attended placements in corporations such as Unilever, where he noticed a growing concern over employee health, something he then combined with his own desire to make “a positive impact on the world”.

Lydia Markwick, the firm’s co-founder, says: “It’s a big challenge for HR to find wellbeing products and services that people can relate to and that cater to a wide demographic. But we wanted to provide an efficient wellness solution that would also maximise organisations’ CSR activity because we felt there was a nice link between the two.”