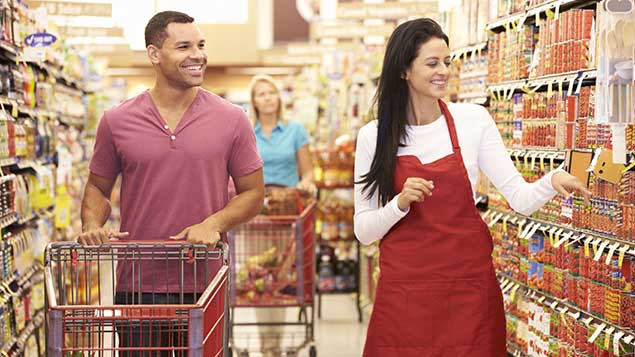 Supermarket workers earn the best rates in the retail sector, according to new analysis from Incomes Data Research.

The national living wage is set to rise this weekend (1 April), an increase of 4.9%. The report also examines pay rises across the retail sector, and found that almost a quarter were worth 4% or more. This compares favourably with the economy as a whole, where only a tenth of pay awards were worth the same amount.

However, Zoe Woolacott, research assistant, hinted that this upward pressure on wages may be exacerbated by “the potential negative impact of Brexit on the supply of labour”.

London-based retail workers tend to earn more than their colleagues elsewhere in the UK, earning a premium of £1.07 an hour.

And while workers between the ages of 16 and 20 are more likely to earn more than the national minimum wage for their age category, those in the 21 to 24 age band were most likely to be paid the statutory minimum.

The researchers also suggested, however, that pay could be forced downwards if consumer retail demand continues to weaken, as it did in the final months of 2018. A number of non-food retail chains closed last year, thanks to challenging conditions and competition from online retailers, while think-tank the Resolution Foundation hinted earlier this year that retail workers face the highest risk of redundancy.

In terms of benefits, the most popular perk offered in the retail sector was a staff discount, according to IDR.