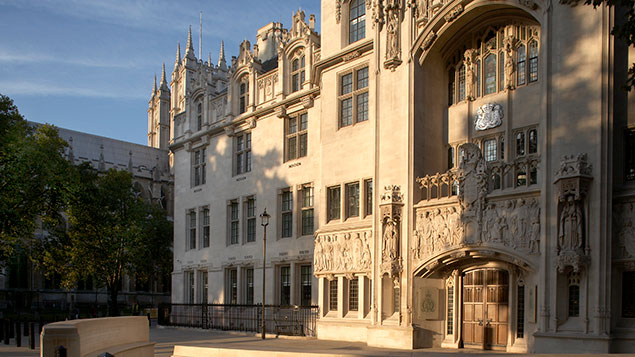 A case has come before the Supreme Court today that will establish whether an employer is liable for sexual assaults committed by a GP hired by it to carry out medical examinations of applicants.

In the long-running Barclays Bank plc v Various Claimants 126 claimants alleged that Dr Gordon Bates, who conducted medical examinations of Barclays employees between 1968 and 1984, sexually assaulted them at a consulting room in his home. They maintain that the bank was vicariously liable for Bates’ actions. Most of the claimants were teenagers or young women at the time of the assaults, some as young as 15. Bates died in 2009.

The assaults allegedly consisted of inappropriate examinations of the breasts and genitals and led police to conclude in 2013 that had Bates been alive he would have faced criminal charges. Previous hearings in the High Court heard that Barclays’ then medical form included invasive questions about chest measurements and genital disorders.

In the Court of Appeal in December 2018, Judge Nicola Davies agreed with the previous year’s High Court ruling that vicarious liability had been established and that the services provided by Bates were for the benefit of the bank and on its behalf.

The court heard that since the doctor’s death, the only legal remedy available to the claimants was to bring a claim against the bank.

Barclays had argued that Bates was an independent contractor and that to extend liability to the bank for his actions could have major implications for businesses.

One line of defence Barclays may pursue in today’s Supreme Court hearing is that the claims are too old to proceed. But, according to Charlie Thompson, senior associate in the employment team at Harbottle & Lewis, “In a post-Savile, post-#MeToo world, organisations of all sizes have had to face up to allegations which – in corporate terms – are ancient history.

He added that the tide of opinion did not favour Barclays: “We have also seen the courts extend the doctrine of vicarious liability. It is becoming increasingly difficult for an organisation to defend itself by saying that a perpetrator had either ‘gone rogue’ or was not their employee in the first place.

“The Supreme Court faces a difficult question of public policy in this case – does it widen organisations’ responsibility for the acts of individuals they have employed or otherwise engaged, or does it leave victims of sexual assault at work without any realistic hope of compensation for the harm they have suffered?

“The Court of Appeal recognised that the individuals had suffered serious harm, and should be compensated. In all the circumstances it concluded that it was right for Barclays to be liable. It would be interesting to see whether this approach would have been adopted if the ‘employer’ were not an organisation with significant resources or if the perpetrator had sufficient assets to be able to compensate over 100 claimants.”

Thompson added: “I suspect Barclays were horrified when the allegations emerged, and the Court of Appeal judgment records Barclays expressing their sympathy for the victims. However, their position – with which many organisations will sympathise – is that they shouldn’t be held responsible for the egregious acts of a person whom they did not employ.”

Colin Godfrey, senior counsel at Taylor Wessing law firm, said: “Questions about the integration of the doctor’s activities into Barclays’ business, as well as its control over those activities, are likely to be crucial. If Barclays’ liability is upheld employers will need to be wary of the impact this could have for loss or damage suffered by employees at the hands of independent contractors more generally, and so the judgment will be eagerly awaited.”

The Supreme Court’s verdict is not expected until 12 February.