Could technology help to reduce conflict at work? 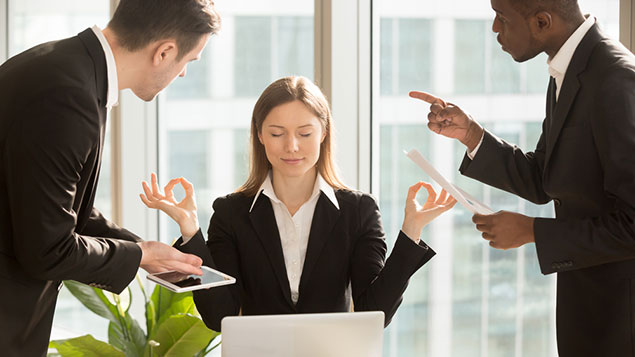 Conflicts at work cost money, but also damage engagement and productivity. Could an app where employees book time to talk over their concerns with a professional help reduce their impact?

Workplace conflict costs UK businesses a massive £33 billion each year, according to the CBI. It also absorbs 20% of leaders’ time and leads to the loss of an estimated 370 million working days per annum.

But such conflict also causes damage at a personal level too. The individual concerned often ends up stressed and anxious, resulting in a drop in productivity, lower attendance levels and a higher likelihood that they will leave their employer.

As best-selling book ‘Crucial Conversations’ points out, a huge 95% of the average company’s workforce finds it difficult to speak to their colleagues, managers or direct reports on sensitive subjects and so problems just tend to fester.

Sarah Sheehan, co-founder and chief customer officer at start-up Bravely, explains: “These are uncomfortable conversations for everyone, especially if you’re tackling an issue for the first time in your career, or in a new place of work.”

While a lot of people struggle to have these kinds of exchanges in their personal lives even with those who are closest to them, “when it’s about work and there are fears of losing advancement or career opportunities, the stakes get higher”, she adds.

The New York-based company has developed a mobile and desktop-based app that enables staff to schedule a “phone call with a pro” , meaning they can consult with expert coaches or HR professionals to discuss their scenario and work through the issues.

The aim is to provide them with a safe starting point to address the situation without fear of retribution or other negative repercussions.

When it’s about work and there are fears of losing advancement or career opportunities, the stakes get higher” – Sarah Sheehan, Bravely

“We see employees reporting they are more likely to go forward and tackle issues, whereas they might have let them fester or spoken to friends and family before, or just started looking for another role,” says Toby Hervey, Bravely’s co-founder and chief executive.

“For example, after 42% of Bravely sessions, employees self-report that they were going to start looking for another job before their session but subsequently didn’t.”

Only 17% of users said they would have gone to their boss to discuss the situation anyway and a mere 8% to HR, he adds.

Interestingly, the vast majority of service users are women, BME or LGBT who need support in tackling issues related to their identities.

Others feel intimidated about facing “routine performance issues given the sometimes lack of representation in their workplaces”, Hervey explains.

As a result, he is also positioning the service as a possible tool to help support organisations’ diversity and inclusion activities.

As to where the idea behind the company came from in the first place, Hervey explains that just over a year ago, he received a call from a friend who was reeling after a fight from her boss, following months of tension between them.

Although he tried to help, he realised that the best person for the job was his former Gilt Groupe colleague, Sarah Sheehan.

After speaking to Sheehan, Hervey’s friend was able to resolve her problem and did not quit her job, as threatened.

Hervey himself had been developing a platform for on-demand urgent care, but felt after this experience that staff could benefit from “HR urgent care” at certain times in their career.

The insight led to Bravely being set up in spring 2017 and officially launched that autumn.

The company has 10 full-time employees and consultants and is supported by dozens of “pros” who will be working with a total of 30 US-based mainly multinational customers by the end of the year.

The company expects one of its clients to roll out the service to its UK employees early next year too and anticipates that Britain will become the site of its first office outside of the US.

The service is charged for on a per-employee-per-month basis, but is free to access for all customer employees.

One Response to Could technology help to reduce conflict at work?