Unions to shine light on “businesses that treat workers like animals” 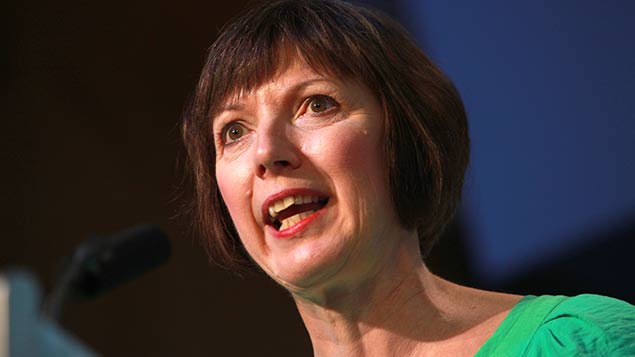 Frances O’Grady is to warn “greedy businesses that treat workers like animals” that they have no place to hide in her speech at the TUC Congress in Brighton this morning.

The general secretary of the TUC Frances O’Grady will claim that the worker exploitation typified by Sports Direct is becoming more widespread.

Speaking about recent commitments by Sports Direct to improve its working practices, she will say: “After months of Unite’s patient organising, winning public support and using trade union shareholder power, we got a result.

“An end to zero hours contracts for retail staff, no more ‘six strikes and out’, and at long last the chance to get agency workers onto permanent contracts.”

Trade Union Act before the House of Lords

But Sports Direct is not an isolated case: “There are other big companies that bring shame on our country. So let me give fair warning to any greedy business that treats its workers like animals – we will shine a light on you.

“Run a big brand with a dirty little secret? A warehouse of people paid less than the minimum wage? A fleet of couriers who are slaves to an app? Let me put you on notice.”

O’Grady will describe the Trade Union Act 2016, which became law in May, as “bureaucratic” and a waste of union members’ time and money but will claim victory in the “big battles”.

A proposed repeal of the ban on employers hiring agency workers to cover for employees taking on industrial action failed to make it into law.

On the action needed to make sure that working people do not pay the price for Brexit, she will tell delegates that the TUC’s priority is keeping the jobs: “Government must be ready to step in and work to keep the advantages we get from membership of the single market – for all of our industries, not just the City. That’s the key to a successful Brexit for working people.”

A TUC report published today, Taking the temperature of the post-Brexit economy, recommends immediate action on infrastructure spending to boost productivity and provide confidence for business needs to invest.

And it urges the Government to reassure the lowest paid workers that they understand the pressure on their living standards and will stick to its target for the national living wage.

Last week, it was estimated that the national living wage will rise to about £8.70 in 2020. This is lower than originally forecast as overall wage growth is likely to be weaker than expected when the minimum wage rate for those aged 25 and over was announced it in 2015.