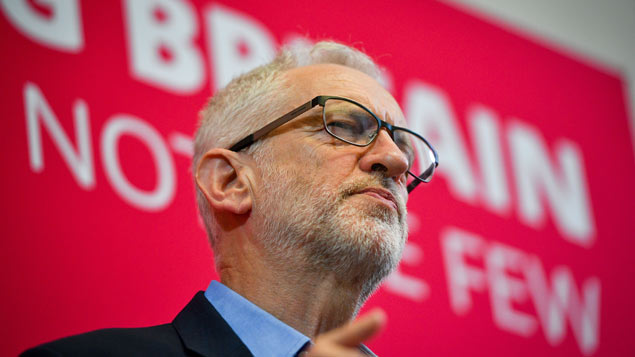 Pressure is mounting on Labour from the unions to commit to repealing all anti-union legislation introduced since the 1980s.

Jeremy Corbyn’s party, in its 2017 manifesto, committed to repealing the Trade Union Act 2016 which made freedom of association and collective action more difficult, and said it would roll out sectoral collective bargaining.

In addition it said it would guarantee trade unions a right to access workplaces and enforce all workers’ rights to union representation. It has said it will beef up legal rights including to strike and picket.

However, despite pledges made at the past three conferences to repeal laws, it has not spelled out until now that it wished to repeal all anti-union laws going back to Margaret Thatcher’s days as prime minister.

This Labour Party conference, running from today until Wednesday, will hear calls for the leadership to specifically commit to ending all anti-union laws brought in under various Conservative regimes.

Last week, shadow business minister Laura Pidcock told the TUC Congress: “I understand that the Labour Party has not always been the best ally of the trade union movement. New Labour, with its three parliamentary majorities, could have repealed the restrictive anti-union Thatcher legislation.

“And they shamefully missed that opportunity, and as a result many working class people lost confidence about which side this party was really on.

“But now, under Jeremy Corbyn’s leadership, we have a once-in-a-lifetime opportunity to right that wrong and we will do just that.”

She added that Labour would stop trade unions being “weighed down by unnecessary and burdensome legislation and create new freedoms” for workers.

Corbyn, meanwhile, told the Congress that Labour would “bring about the biggest extension of rights for workers that our country has ever seen.”

Matt Wrack, FBU general secretary, said: “The Labour government that we fight for must repeal all of the UK’s anti-union laws and deliver a revolution in workers’ rights. Trade unions are the voices of working people – and we will no longer be silenced.”

A motion to TUC Congress in Brighton, proposed by the Fire Brigades Union and passed unanimously, demands that Labour go beyond simply repealing the 2016 Trade Union Act, because the party has not yet specifically committed to repealing all of the UK’s anti-union laws.

The motion commits the TUC to campaign for the repeal of all anti-union laws and their replacement with strong legal rights, including to strike and picket.

Whether a Labour government would specifically seek to repeal the Trade Union Act 1984, which requires all trade unions to hold a secret ballot before calling a strike, remains to be seen. The same applies to the Employment Act of 1980, which outlawed secondary picketing.