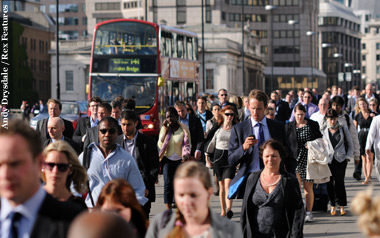 Employers are struggling to recruit because they are being swamped by unsuitable candidates, while the talented individuals they are looking for are staying put, fearing that the economy is too volatile to risk changing jobs.

These are the main findings from the annual Chartered Institute of Personnel and Development (CIPD) resourcing and talent planning survey, produced in partnership with Hays.

Three-quarters (73%) of organisations have highlighted an increase in the number of unsuitable candidates, fuelled by the sheer weight of applications. More than half (52%) of employers believe that competition for talent is even greater than previously, compared with 41% and 20% in 2010 and 2009 respectively.

Claire McCartney, resourcing and talent planning adviser at the CIPD, said: “High levels of unemployment have boosted quantity, but employers are still struggling with quality. Headlines focus on high levels of unemployment, but those stark statistics mask an ongoing struggle for employers to find the skills and experience they need to drive their businesses forward. Shortages of specialist and technical skills run the risk of slamming an unwelcome brake on the long-term competitiveness of the UK economy.”

The researchers said that a clear contributing factor to the talent shortage issue is that those who are in work are reluctant to leave in a volatile market. The median turnover rate has remained consistently low throughout the recession (2011: 12.5%; 2010: 13.5%; 2009: 15.7%; 2008: 17.3%), with figures this year indicating slightly less will to leave than even at the height of the recession.

Julie Waddicor, Hays Human Resources managing director, said: “The rate of youth unemployment continues to soar, but employers are still complaining about the lack of talent on the market. It’s crucial for organisations to communicate not only what skills they need now and in the future, but also really sell themselves as an employer of choice in order to secure their talent pipeline in years to come.

“Equally, with university fees increasing there is a real need for more to be done to encourage businesses to take on apprentices and introduce other initiatives to help young people gain experience in the workplace. Only then will UK organisations really succeed in closing the skills gap.”