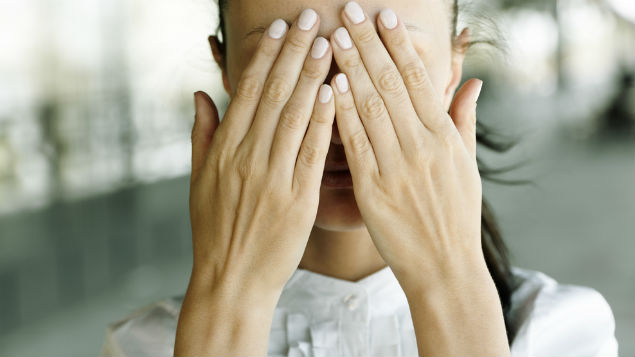 A number of big employers are using “name-blind recruitment”, or removing names from application forms and CVs in an effort to stop race discrimination. While the Government backs the approach, Laura Allner asks how much impact it will have in practice.

Recruitment can be a discrimination minefield for employers – there are significantly more issues for employers to consider than simply avoiding asking women about their plans to have children.

With a view to tackling discrimination, it was announced in October 2015 that a number of top graduate employers including HSBC, the NHS and Virgin Money have pledged to “name-blind” graduate job applications.

The aim is to reduce unconscious bias of applicants from black and minority backgrounds. From 2017, the university admissions body, UCAS, will also “name-blind” university applications to help ensure opportunities for all candidates.

It is clear that racial bias arising from applicants’ names exists in recruitment. BBC News reported that a US study undertaken by The National Bureau of Economic Research found that “Job applicants with white names needed to send about ten resumes to get one callback; those with African-American names needed to send around 15 resumes to get one callback.”

The study also reported anecdotal evidence of recruitment agencies telling applicants to “whiten” their names to improve their chances. Miah v Shearer Darnell Recruitment Ltd is a case in point: the recruitment agency was found by an employment tribunal to have directly discriminated against Mr Miah, an applicant of Bangladeshi origin, on grounds of race when it failed to consider a job application submitted in his real name.

It had, however, responded to an application in a false English-sounding name: making no less than five attempts to follow up his application. The Tribunal ordered the recruitment agency to pay Mr Miah over £95,000 for lost earnings, finding that he had 100% chance of securing employment had he not been racially discriminated against.

Of course, race is not the only factor. Gender also plays a big part in unconscious bias. The BBC report referred to a US study into universities recruiting for laboratory technicians, which showed that male names were considered “significantly more competent and hireable”. Gender bias of course works both ways, with research from 2006 showing that men are four times less likely to be interviewed for secretarial roles.

Pros and cons of name-blind recruitment

Pros:
• a positive step to reduce discrimination in recruitment;
• assists in reducing both gender and racial bias;
• helps in reducing legal risk to employer; and
• good for company reputation to take proactive steps to improve diversity.

Removing names from application forms and CVs (in the same way that dates of birth are often no longer requested to reduce the risk of age discrimination), is only the first step in the recruitment process.

A name-blind CV may help to secure an interview for an individual who might otherwise have been overlooked, but bias may still play a part at interview stage. Interviews are inherently subjective, and the bias is often unconscious, for example an employer may have a feeling that an individual may or may not “fit” within the organisation.

Without going so far as to introduce “blind” interviews, with voice distortion technology, it is unclear how effective name-blinding will be in reducing discrimination in recruitment.

Although the law theoretically provides for protection against discrimination for job applicants, in practice it can be difficult for a rejected applicant to show that their race or gender played a part in the decision to reject him or her for the particular role.

Disclosure of interview notes is unlikely to give an applicant the evidential trump card needed to win the case: provided an interviewer could legitimately justify a decision on non-discriminatory grounds, a tribunal would not be able to find in an applicant’s favour.

Perhaps the next stage in clamping down on discrimination will be the introduction of compulsory auditing of employers with 250 or more employees, similar to the introduction of pay gap reporting that is expected to come into effect in early 2016. Final confirmation of exactly how the equal pay reporting obligations will operate remains to be published, but it is clear that larger employers are going to be under increased pressure and scrutiny.

Going forward, employers could be required to disclose statistics showing how many applicants from under-represented groups were interviewed, and how many then went on to be employed. However given the additional administrative burden this would place on employers – and the Government’s aim to reduce red tape, it seems unlikely that this will be introduced any time soon.

Laura Allner is an associate at CMS Cameron McKenna LLP.
View all posts by Laura Allner →
Previous Article
Next Article