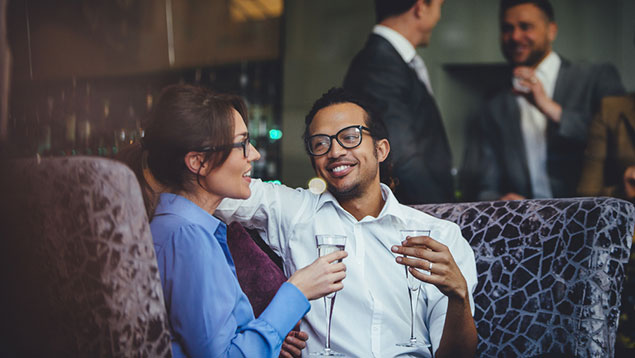 Over the past five years, cases received by the Solicitors Regulation Authority (SRA) have risen from 24 in 2014-15 to 63 in 2018-19. The SRA is responsible for regulating the professional conduct of more than 125,000 solicitors and other authorised individuals at about 11,000 firms, as well as those working in-house in organisations.

In May 2019 the International Bar Association’s Us Too? report found that 38% of female lawyers in the UK had been sexually harassed and that the UK suffered higher levels of bullying and harassment than average.

The report concluded that a culture of impunity for misconduct must not be allowed to continue.

Victims of sexual harassment, the Us Too? study found, were unlikely to inform their employer of inappropriate behaviour, with 74% of cases going unreported. In the cases that were reported, the response was insufficient 71% of the time.

The new SRA figures, which emerged after a freedom of information request made by employment law firm GQ|Littler, appear to show however that there has been a sea change in the willingness to report incidents.

Sophie Vanhegan, partner at GQ|Littler, said: “Sexual harassment is not necessarily more prevalent than it traditionally has been at law firms. What’s changed is that misconduct is more likely to be reported.

“Sexual misconduct often goes unreported due to junior colleagues being afraid of the consequences of doing so. Having whistleblowing hotlines and procedures in place can help deal with this.”

She added: “The SRA is not afraid to take action against employers and any sanctions imposed can be very damaging reputationally. It is therefore very important that law firms have adequate controls in place to not only reduce incidences of misconduct but also to effectively handle a case.”

Vanhegan suggested that the growth of the #MeToo movement had made it more likely that law firms now wanted to tackle allegations of sexual misconduct head on.

She said that restrictions on alcohol consumption at work events was an example of companies taking action to limit the probability of sexual misconduct taking place but warned that the figures showed that there was still progress to be made.