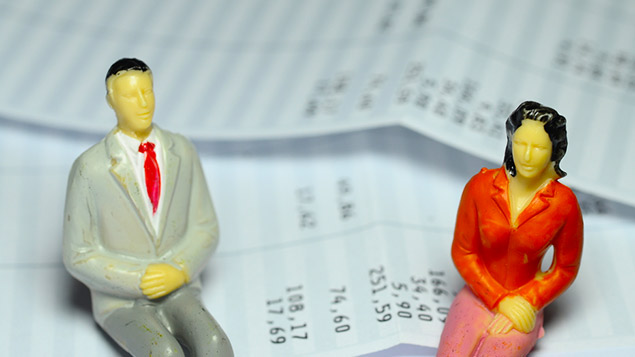 Private- and voluntary-sector employers in England, Scotland and Wales with 250 or more employees must calculate their gender pay and gender bonus gaps as they are on 5 April each year.

These organisations then have 12 months in which to publish this information on their website, and on the GOV.UK website, in a prescribed format for all to see.

Similar rules apply to employers in the public sector.

We set out the steps for HR professionals to follow when drafting their gender pay gap report.

1. Explain what the gender pay gap report is and why you must publish it

This should make clear the time period covered by the report – so the first would relate to the snapshot date of 5 April 2017.

2. Highlight the six metrics required by the legislation

Employers should set out the six key metrics that are necessary under the rules on gender pay gap reports. These are:

The statement should also confirm that the figures have been reached using the mechanisms that are set out in the gender pay gap reporting legislation.

3. Focus on the underlying causes of a gender pay gap

There is no legal obligation on employers to publish a narrative explaining their gender pay gap figures.

However, it may be worth adding some commentary to the report, to avoid potential reputational damage of failing to put the figures in context.

The public-sector snapshot date is 31 March, meaning that the first gender pay gap report is due by 30 March 2018.

In the public sector, there is no requirement for the report to include a written statement signed by a senior figure confirming that the information is accurate.

For example, an employer’s gender pay gap may be wide because:

The employer could also highlight the male/female make-up of the four quartile pay bands.

The effect of career breaks and part-time working to look after children may have affected female career progression within the organisation, meaning that the higher-paid bands are made up predominantly of men.

4. Explain how the employer’s gender pay gap looks against the wider picture

Employers could use their supporting commentary to explain how their figures compare with the gender pay gap of other organisations within the same sector, or compare with the wider economy.

This could include highlighting that other organisations within the same sector have the same problem.

It’s also worth pointing to the national average (using the Annual Survey of Hours and Earnings figures), which is currently around 18%.

If the employer’s gender pay gap looks good against these other figures, this should be a positive focus for the supporting narrative.

5. Say what the employer is doing to address its gender pay gap

The employer could use its supporting statement to set out any actions that it is taking, or plans to take, to address its gender pay gap.

Committing to review its policy on bonus payments is one example of an action an organisation could take.

This will be particularly important where there are few mitigating factors to explain a wide gap.

Employers can also explain what other steps they are taking to improve gender diversity. This could involve running initiatives to improve support for women returning from maternity leave, to increase their chances of career progression further down the line.

6. Have a senior figure sign off on the gender pay gap report

For private- and voluntary-sector employers, the report should conclude with a written statement confirming that the information is accurate.

The statement of accuracy must be signed by a senior figure within the organisation. This could be a director, or the employer could choose to give the statement extra weight by having it approved and signed by the CEO.

This requirement does not apply to public-sector organisations.