By Ashleigh Webber on 30 Aug 2019 in Alcohol and drug misuse, Wellbeing and health promotion 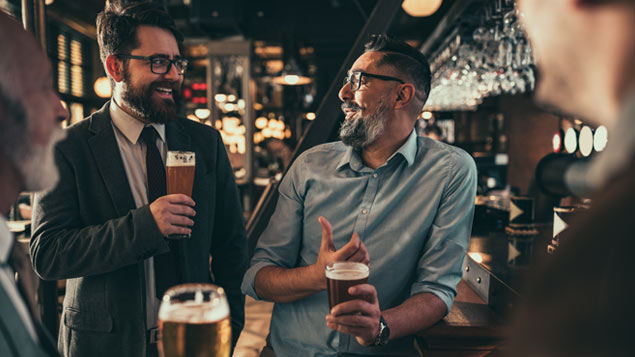 Co-workers are more influential than family members or partners when it comes to encouraging staff to have more alcohol than they had intended, research has indicated.

Two in five (43%) workers admitted consuming more alcohol than they had set out to drink because they were in a “round”, according a survey by Drinkaware.

A third said they had been pressured by colleagues to drink more than they had set out to. Twenty-nine per cent said the same for family members and 26% said their partners or spouses had pressured them to drink more.

More than a third (38%) of the 2,145 adults polled by YouGov said they drank more with colleagues because they did not want to be impolite and refuse a drink, while 43% agreed there was too much pressure to consume alcohol when socialising with co-workers.

More than half (53%) of UK employees who drink alcohol said they would like there to be less pressure to drink at work social events.

Drinkaware chief executive Elaine Hindal said: “Our research lifts the lid on a culture of peer pressure in the workforce. It speaks volumes that over half of people who work say they would like there to be less pressure to drink.

“And it seems from our new research that being polite, not wanting to confront a situation and feeling the need to keep up could be preventing many of us from standing up to that pressure.”

Men (13%) were also more likely than women (8%) to have experienced pressure to drink from their superior.

“It’s crucial that people are aware of the health harms of drinking more than the low risk drinking guidelines. Being armed with the facts could make people feel more confident in resisting pressure,” added Hindal.