Bereavement and compassionate leave: What’s the right thing to do?

By Jo Faragher on 22 Feb 2017 in Compassionate leave, Leave, Bereavement 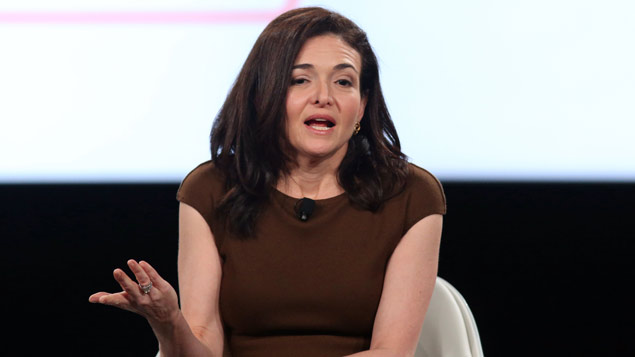 Facebook has announced that employees can now take up to 20 days of paid leave if an immediate family member dies.


Chief operating officer Sheryl Sandberg, who lost her husband in 2015, said: “We need public policies that make it easier for people to care for their children and ageing parents and for families to mourn and heal after loss.

How to devise and implement a policy on compassionate leave

“Companies that stand by the people who work for them do the right thing and the smart thing – it helps them serve their mission, live their values, and improve their bottom line by increasing the loyalty and performance of their workforce.”

The policy extends to allow employees to take up to 10 days’ leave to grieve an extended family member, and six weeks to care for a sick relative. The social network has also introduced “family sick time” – three days to take care of a family member with a short-term illness, such as a child with flu.

But the widespread publicity around Facebook’s generous bereavement leave policy has raised the question of “how long is enough when a family member dies?”, and has highlighted how subjective issues around bereavement can be.

Some individuals cope better with grief than others, for example, while certain employees might have been particularly close to an “extended” family member and require a longer period to adjust.

In a small minority of serious cases, such as the death of an employee’s child, a more bespoke and phased approach may be needed to return to work.

A spokesperson for Damsons, a company that specialises in wills, funeral planning and estate administration, said: “For many, returning to work can be a positive distraction and a chance to regain routine.

“However, if pressured back into work before they are ready, there is a chance that the employee won’t be very productive and it may even cause a delay in the grieving process, so how can business calculate the length of paid leave? Policies should be flexible and scalable to accommodate each individual’s circumstances.”

According to Acas, the Employment Rights Act 1996 gives employees a day-one right to have “reasonable” time off to deal with an emergency, which could include a bereavement involving a dependant. But how do employers tend to deal with bereavement on a practical level?

In 2014, XpertHR ran a survey on compassionate leave arrangements, which included the following findings.

The average number of days granted for compassionate leave is five

When asked “What is the maximum number of days’ paid compassionate leave employees at your organisation can take per year?”, the mean response was 5.2 days. Among the top 10% of respondents in terms of leave offered, the average period was 10 days.

XpertHR’s findings reflect the CIPD’s research on bereavement, stating that most employees get five days’ paid leave to deal with such emergencies.

Most employers have a formal policy on compassionate leave

More than three-quarters of respondents to XpertHR’s survey said they had a compassionate leave policy in place, but there was still a sizeable proportion (around a fifth) who claimed they made ad-hoc arrangements when necessary.

Having a formal policy was more likely in the public sector, where 84.3% of respondents reported doing so.

Compassionate leave tends to be paid

Almost 60% of respondents reported that they offered paid compassionate leave, while 37.7% said it was a combination of paid and unpaid.

Perhaps surprisingly, smaller companies (with fewer than 250 employees) were more likely to pay employees during time off to deal with personal circumstances – this was the case at 63% of respondents. Almost all employers offered full pay during this period.

Offering compassionate leave does not negatively impact the business

Respondents to XpertHR’s survey overwhelmingly reported that employees taking time out for compassionate reasons had no adverse effects. More than half (55%) disagreed and a further 29.4% strongly disagreed with the statement “We have experienced resourcing issues as a result of levels of compassionate leave taken by an employee”.

Companies that did not offer paid compassionate leave were more likely to have experienced resourcing issues, with 23% reporting this to be the case.

HR professionals seem to agree with Sheryl Sandberg’s thoughts on how supporting employees through personal issues can increase their loyalty and performance.

More than nine in 10 respondents said they either strongly agreed or agreed with the assertion that “Enabling employees to balance their work and home commitments increases employee motivation in the long term”. Only just over 3% of employers believed this not to be the case.