Competition marketplaces: game on for skills 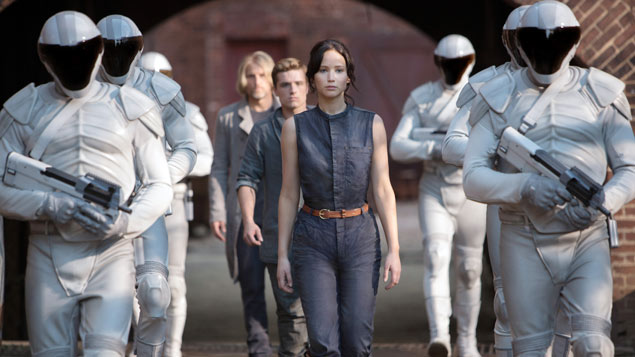 Competition for skills can feel like The Hunger Games. Photo: Rex

So-called “competition marketplaces” have been established in student circles for some time, but could they revolutionise how employers access more experienced workers’ skills? Cath Everett looks at Sqore, which has just attracted major venture capital investment.

Competition marketplaces for recruitment purposes work particularly well in Anglo-Saxon cultures, it seems, because Brits and Americans are a really competitive lot.

If you are not familiar with the concept of competition marketplaces, one of the most high profile is www.studentcompetitions.com, which boasts household name customers such as IBM, Shell, Ikea and Morgan Stanley.

It was set up in Sweden in 2010 when the founders realised, after having taken part in a few themselves, that there were many skills-based competitions going on all around the world to find the best candidates for jobs, but none of them had ever been aggregated in a coherent way into one online location.

Five years down the line, there’s a distribution network of 15 million students in more than 190 countries in place, as well as 400,000 active community members, all taking part in the process in order to find themselves gainful employment.

Now, the team at studentcompetitions.com believes that the time is ripe for a new venture in the shape of Sqore – “Sq” apparently stands for “sentience quotient”, which is a measure of the brain’s total processing capacity, and “ore”, which is a type of rock refined to extract gold etc.

Sqore (pronounced “Score”) is similar in nature to its older cousin, but is aimed at the 18 to 30 age group, or people who are at the start of their career, up until maybe their second or third jobs. Whether they have a degree or not is irrelevant.

And this is actually a key point. The online challenges and competitions that employers put on the Sqore website should provide people with potential job opportunities, no matter what their academic background, because it is all about the skills.

The issue is that, while more and more people are learning in informal settings, such expertise is often difficult to certify.

But what this means, according to Niklas Jungegard, Sqore’s chief executive, is that “employers are picking from the same universities and from the same piles of CVs – and it’s not the most effective way to do it”.

As he points out: “If you find someone with relevant, practical skills, it doesn’t matter what their background is or where they come from. But you need ways to assess them and to identify and certify talents – and that’s where we come in.”

Not only does Jungegard believe that Sqore can overcome the challenge with finding the right skills, he also hopes that it will “improve the lives of millions by improving the match-making between people and employers”.

Although the site is currently in beta and will not formally be launched until the summer, it has already hosted a “Go Green in the City” competition for Schneider Electric, which was looking for innovative female engineers and business people.

Engineering is one of its top target sectors, alongside tech and business positions including sales, marketing, business administration and accountancy.

The firm itself, meanwhile, received $3.5 million in investment funding from venture capitalists Northzone in February 2015, which just happens to be an early backer of big hitters such as Spotify.

Jungegard’s aim is to use the money to build up his sales and product development teams and there are also grand plans to double the size of the organisation to 60 staff by the end of this year.

You might even say he has a competitive streak himself.