Are we too British when it comes to recruiting? 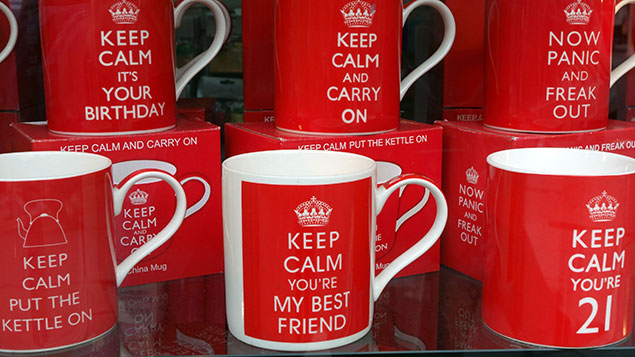 British people like to "keep calm" and drink tea, but how do these cultural expectations affect how we recruit?
Jeff Blackler/REX/Shutterstock

How we recruit and manage people in different countries varies more than we might think. But how do these cultural norms affect HR decisions? Rob Smith from Xref explains.

If you Google “British cultural norms”, you’ll find a variety of clichés that talk about the Brits’ love of punctuality, discussing the weather, and a bizarre passion for queuing.

Every country has its cultural norms and idiosyncrasies, and the UK is no exception.

Lesser known is perhaps how these norms affect professions such as recruitment or HR.

According to various studies, British traits and customs have played a large part in shaping our approach to recruitment in the corporate world.

Some of these differences are likely to be so subtle they are hardly noticeable to an outside observer, while others lead to huge cross-border differences and approaches to recruitment.

In the UK, the way an interviewer phrases a question, for example, is likely to be less direct than in the US where communication tends to be more to the point.

In addition, it is standard practice in some countries to include a photo on your CV. In the UK, however, it’s unusual and sometimes frowned upon.

Other British tendencies include our desire for privacy, and the resulting avoidance of personal questions that could be deemed not just inappropriate, but possibly illegal.

All of these cultural subtleties contribute to the state of how we hire today – both the positive aspects, but also the processes that need changing.

It’s arguably important, then, for Britain’s HR professionals to collectively take a step back, question our approaches and think about how things can be done differently.

One of the last facets of the recruitment cycle is the reference check.

HR professionals in the UK tend to agree that this is a crucial part of the process although the amount of information sought during the process will often vary from one company to another. Conversely, in the UAE, reference checking is seldom pursued.

While references are designed to serve as a final validation of the candidate, their usefulness is dependent on a number of factors, including the amount and type of information an employer requests, the referees’ willingness to provide that information, and their truthfulness and candidness once they do.

A study by candidate referencing platform Xref found that, when asked to complete a reference, 38% of British referees said they would answer all questions but would be careful not to say anything that would be considered negative.

Does this reveal a serious flaw in the referencing process within Britain? Or is it a tendency towards neutrality out of our famed British politeness?

Xref’s study suggests it’s driven by a fear that providing detailed, subjective references increases risk of libel action, defamation or possible negligence claims. But in reality, it would be very difficult to launch a legal challenge over a negative reference, as long as the information provided is true and accurate.

Another example of a potential flaw in the traditional referencing system is the propensity for fraudulent activity.

Despite the British reputation for “toeing the line”, it seems that application and referencing fraud among candidates within the UK is rife. According to Xref’s research, some 29% of applicants admitted to having deliberately lied to a potential employer by, for example, embellishing their work experience on their CV.

These statistics cannot be ignored and reveal an uneasy culture of dishonesty, where every party could get burnt.

Despite being regarded as a global hub for tech development, the UK has not been the earliest adopter of HR technology solutions.

In contrast, countries like the US, Australia and Canada have been much faster in recognising the value of new technologies that can speed up various parts of the recruitment cycle and enable recruiters to make smart decisions based on data, not gut feeling.

In the UK, we’re still pretty traditional in using phone and email correspondence with candidates and referees, for example.

And yet, the case for incorporating new technology into this stage of the recruitment process is compelling. Platforms such as Xref’s are able to collect 60% more candidate data on average than phone-based referencing.

That data can then be used to help manage a new employee once they are in the role, and provides reliable data to benchmark against when making similar hires in the future.

The result? Not only a smarter hire but also, a more streamlined, quicker recruitment process.

We’re unlikely to see British cultural norms completely disappear from the hiring process any time soon, but advancements in HR technology will help to streamline and reduce bias from that process.

As these platforms evolve and new ones emerge, the nuances and idiosyncrasies that currently influence the way we recruit will become increasingly supported by robust, data-driven insights.