By Rob Moss on 6 Nov 2015 in Business continuity, Holidays and holiday pay, Leave 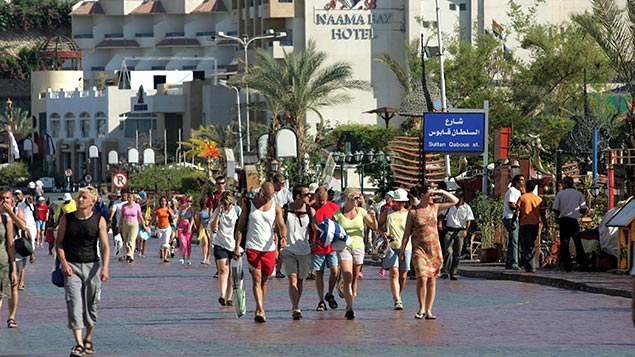 Employers are not obliged to pay staff unable to return to work due to the suspension of flights from the Egyptian resort of Sharm el-Sheikh, according to legal experts.

More than 20,000 British citizens have been stranded in Egypt after the Government announced yesterday that all flights from Sharm have been suspended following indications that the Russian Metrojet crash in Sinai, which killed all 224 people on board, was caused by a bomb.

Does an employer have to agree to an employee’s request to cancel a booked period of annual leave?

Prime minister David Cameron said it was “increasingly likely” that terrorist activity caused the crash, and that it would be “some time” before all tourists stranded at the Red Sea resort can be returned to the UK.

Stephen Simpson, employment law editor at XpertHR, said employers have a choice of whether to pay their staff. “As a general rule, employees who are absent from work are not automatically entitled to be paid,” he said.

“However, if employees are unable to get to work through no fault of their own, for example, because of a natural disaster or in this case a security threat, employers may wish to show some leniency, not least because of the potential harm to staff morale.”

Employers could request staff to attempt to work remotely, if their job allows it and they have access to the necessary equipment, but any expenses incurred, for example for international phone calls, should be met by the employer.

Simpson added that there was nothing to stop employers asking if employees would like to take additional annual leave, but added that, in the absence of a relevant agreement, there are specific notice requirements to make workers take leave on particular dates.

The disruption in Egypt, the impact of fog or other bad weather on airports, and the chaos caused by the volcanic ash from Iceland in 2010, all highlight the need for employers to have policies on transport disruption and broader disaster contingency plans, according to Simpson.