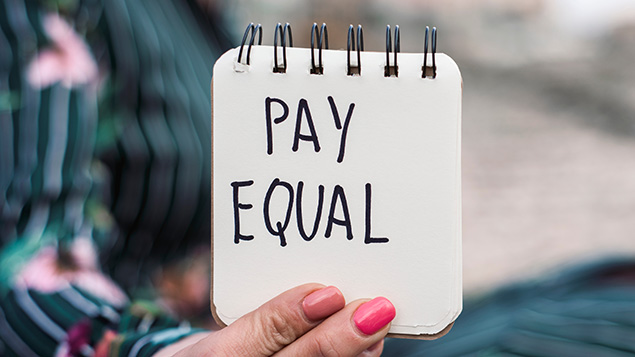 Women should have the right to know if they’re being paid less than their male colleagues, according to research by campaign group the Fawcett Society.

The lobbying group has published a survey revealing that 60% of women in UK workplaces either suspect they earn less than men doing the same job or don’t know what their male colleagues earn. Eighty per cent would be in favour of having a legal right to know.

The research follows the launch of a campaign earlier this week by 100 prominent women calling for new laws to enforce transparency around male colleagues’ pay.

#MeTooPay has set up a website where women can get in touch and share stories about pay inequality.

Twenty-nine per cent of women responding to the Fawcett Society’s research said they had no idea what any of their male colleagues were paid, while 37% knew how much they earned and that it was more.

Forty per cent said they knew what their male colleagues earned and that it was at an equal level for the same or very similar work to them, however.

Two-thirds of women reported that finding out they were paid less than their male colleagues had a detrimental impact on how they felt about their job and their employer. A fifth said it made them feel like leaving their job, while a third felt less motivated.

The Fawcett Society also found that 25% of women who reported being paid less than a man for a similar job had asked for a pay rise, while 12% looked for a different job. Only 6% sought legal advice.

She said: “Nearly fifty years on from the Equal Pay Act, equal pay for equal work is still a distant dream for many women. Pay secrecy means women cannot know if they are being paid equally and fairly.

“Even if they do suspect a man is earning more, it is almost impossible to do anything about it. This is why we are calling for a change in the law. Women need an enforceable ‘Right to Know’ what their colleagues earn so that they can challenge unequal pay.

“Men can help by simply telling their female colleagues what they earn. It really is that simple.

“This is about much more than money. Women have told us they felt furious, devastated, exploited and undervalued. Pay discrimination has a significant negative impact on how they feel about their employer.

“A right to know will also reduce waste in the court system, and head off legal action by encouraging employers to settle cases before they get to court.”

However, statistician Nigel Marriott points out that the Equal Pay Day calculation stems from gender pay gap statistics from the Office for National Statistics, potentially confusing the issue of what constitutes an equal pay issue (someone being paid differently for the same or a similar job due to their gender) and what is a gender pay gap issue (the difference at organisational level between the median hourly earnings of men and women).

He said: “#MeTooPay are going about this in the right way. They are calling for people to send them their stories. This could have the potential to generate a dataset that could be extrapolated into a national estimate of unequal pay.”

Peter Meyler, head of workplace consulting at Barnett Waddingham, said initiatives like Equal Pay Day help keep the issue of pay inequality in the spotlight, but more needed to be done to address it.

The Fawcett Society is campaigning for gender pay gap reporting to be extended to companies with 100 or more staff (it is currently 250 or more) and for ethnicity data to be included in reporting.

It also wants injury to feelings and lost pension rights to be considered when deciding compensation in equal pay cases.