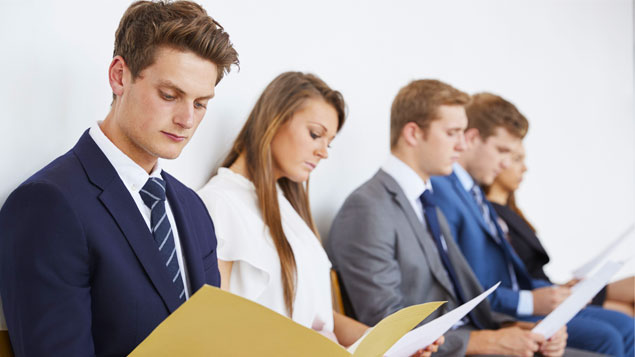 Economic uncertainty continues to affect hiring decisions, with almost one-fifth (18%) of employers unsure whether they need to increase their permanent headcount in the next four to 12 months.

The Recruitment & Employment Confederation’s JobsOutlook survey also found that the same number (18%) of employers expected to increase permanent staff in the same period, down from 23% in February 2017.

One in eight (12%) were unsure what their permanent headcount requirements would be in the next three months, up from 5% of employers asked the same question last year. Only 17% planned to increase employee numbers.

How to employ agency temps as permanent members of staff

The survey of 600 employers also revealed that large organisations were particularly uncertain about their permanent hiring plans. A fifth (21%) were unsure about their short-term requirements, and 29% were not prepared for hiring in the medium term.

REC chief executive Kevin Green said: “Employment has been rising for the past year. However, we are now seeing that businesses are starting to feel hesitant about hiring. This might indicate the impact the current political and economic uncertainty has had on employer confidence.

“Instead of thinking ahead, businesses are likely to make more ad-hoc decisions about recruitment. The shrinking number of candidates doesn’t help with this as employers continue to struggle with labour and skills shortages.”

Employers were also unsure about their expectations for hiring agency workers; 34% were not certain what their short-term hiring plans for temporary staff were, while 32% said they were uncertain about agency worker recruitment in the next four to 12 months.

Almost half (48%) of employers in London claimed they did not know if they needed to hire agency workers to fill gaps in their workforce within the next three months.

The proportion of employers that claimed agency worker pay is higher than pay for those in permanent positions also increased to 31%, up from 20% in February 2017.

Green called on the Government to “get rid of this huge question mark” over the status of EU migrant workers to ensure businesses are supported.

“We’ve now got a year left before Brexit happens and we still don’t know what this means for employers or EU staff in the country. Businesses need clarity in order to feel confident about the UK’s economic conditions,” he added.

According to the Office for National Statistics overall net migration to the UK fell by 29,000 in the 12 months to September 2017. This included a 47,000 drop in the number of EU citizens moving to the UK.