Employing a reservist: what you need to know

By Jo Faragher on 9 May 2014 in Military, Employment contracts, Workforce planning 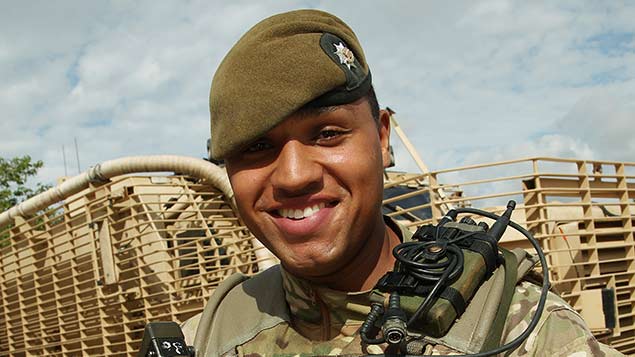 As part of cuts to the defence budget, the Government will slash the UK’s armed forces personnel to just over 80,000 regulars by 2020.

To counterbalance those cuts, it intends to recruit thousands more reservists, investing £1.8 billion to improve training facilities across the country over the next 10 years and boosting their numbers to around 35,000.

This strategy has worried some business groups, such as the Federation of Small Businesses, which fears that smaller employers will struggle to cope while key staff are on deployment.

But what exactly are employers’ obligations if they employ a reservist? SaBRE, the Government organisation that advises employers on managing reservists on their staff, offers some guidance.

In addition, knowing how to respond when an employee is mobilised, not to mention when they return, can help to ensure the process runs smoothly and the relationship works for both parties.

Time off for military service

Most training for reservists should not interfere with work. There tends to be one weekly training session in the evening, a number of training weekends spread throughout the year, plus a 15-day “annual camp”, which is typically in the UK but can be overseas. Reservists also have the option to take courses in areas of specialism such as IT or health and safety.

Employers do not have to grant any additional annual leave for any reservist training. According to SaBRE, annual camp dates are decided as early as possible so staff can arrange time off work.

In a bid to build a better relationship with employers, the Ministry of Defence has introduced a number of measures to make the call-out process easier, including giving increased advance notice of any period of mobilisation.

The aim is to give an employer at least 28 days’ notice, and an information pack should be provided, which includes the anticipated dates of service and an application form for financial assistance.

As soon as an employee receives a call-out notice, they too should let their manager know. This way, both parties can make a decision about how the role will be covered while they are away or, for example, discuss how to handle any outstanding projects.

Employers do have a right to contest a call-out notice by applying for a deferral, revocation or exemption. They can argue, for example, that the employee’s mobilisation would cause serious harm to the business.

How reservists are selected

Standard volunteer reservists are mobilised only when absolutely necessary, and are chosen using a process known as “intelligent selection”, in conjunction with consulting with their employer.

Some reservists choose to apply for a fixed-term post with the Full-Time Reserve Services. While some employers choose to grant staff a sabbatical to do this, they are under no legal obligation to reinstate them when they resign from their full-time reservist commitments.

In certain circumstances, reservists with specialist skills may be required at short notice. High-readiness reservists, as they are known, will need to have the written consent of their employer before they are mobilised. They can be asked to serve for up to nine months.

It is possible to recover some of the costs of an employee being called out on military service from the Ministry of Defence (MoD), providing the employer makes a claim in good time. These include one-off costs such as posting a job advertisement for cover, or additional overtime costs for people covering the reservist’s work.

It is worth noting that, while an employer cannot claim for a reservist’s wages, it does not have to pay the staff member while they are mobilised.

Coming back to work

According to the Reserve Forces (Safeguard of Employment) Act 1985, an employer is required to reinstate a reservist to the same job in which he or she was employed before, providing that it is “reasonable and practicable” to do so.

This duty applies only if the reservist (or someone acting on their behalf) makes a written application to the employer, which must be made no later than the third Monday after the end of their service. Terms and conditions should be as least as good as they were before the employee was mobilised.

If the employee has been injured or experiences mental health problems, it is possible that their call-out will be extended until they have regained a certain level of fitness. The employer’s reinstatement duty remains, however, and they will also be legally required to make reasonable adjustments to accommodate any mental or physical disability.

If there has been a round of redundancies while the reservist was on service, there is no automatic rule against including him or her in those redundancies. However, the employer needs to make every effort to involve the reservist in the consultation process, and ensure that any redundancy selection process does not put them at a disadvantage.

On demobilisation, even if the reservist’s role has been made redundant, the employer must still consider if it is reasonable or practicable to find them an alternative role.

Jonathan Howlett has worked as an engineer at the Honda car factory in Swindon for more than 11 years. He joined the Army Reserve because he wanted “an opportunity to do things that I’d never normally do in my civilian life”, and so far he has served as far afield as Afghanistan.

Honda was extremely supportive of his decision to become a reservist – the company has a scheme in place where reservists are able to take 15 days of unpaid leave for training. “We recognise that, as a large employer, we have an obligation to support that service,” says Dean Bateman, Howlett’s section manager.

Howlett feels that the skills he has acquired from his time in the Reserve has helped him become more confident in the workplace and he is now better able to manage a variety of different projects. His interpersonal skills have also improved, he says.

According to research by SaBRE, an employer would have to invest in more than £8,000 worth of commercial training to match the skills and experience gained from a period of mobilisation.

2 Responses to Employing a reservist: what you need to know