Flybe collapses with loss of 2,000 jobs 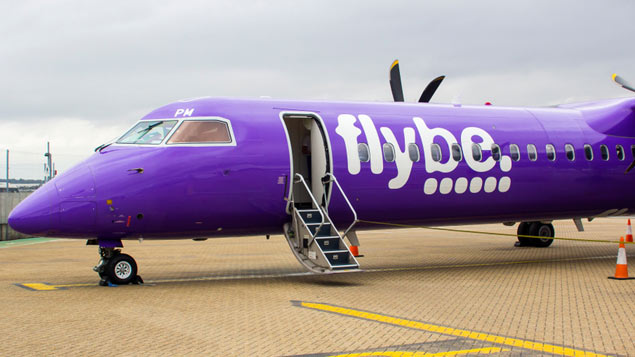 More than 2,000 jobs have been lost at airline Flybe, which has gone into administration after the government withdrew a £100 million rescue deal.

The airline, which operates around 40% of domestic UK flights, ceased trading after it was unable to secure fresh financial support. Ministers rejected its request for a state loan yesterday, after seven weeks of talks.

The government said it would help Flybe’s workers find new jobs and would work with other airlines to cover the routes that had been operated by the company.

He said in a statement: “The UK has lost one of its greatest regional assets. Flybe has been a key part of the UK aviation industry for four decades, connecting regional communities, people and businesses across the entire nation”.

Administrator EY suggested that the Covid-19 coronavirus outbreak had presented further challenges over the past few weeks. Joint administrator Alan Hudson said: “Despite an agreement with the government to provide assistance to the company, added pressures on the travel industry in the last few weeks have further deepened the severity of its financial situation. Flybe had already been impacted by rising fuel costs, currency volatility, and market uncertainty.

“As well as carrying out our duty as administrators, we are also supporting Flybe’s employees and customers at this incredibly difficult time.”

The Unite union said Flybe’s collapse would likely affect economic performance as the UK economy is “highly dependent on a viable and supported regional airline and airport network”.

National officer Oliver Richardson said: “It is simply outrageous that the government has not learned the lessons following Monarch and Thomas Cook’s collapses, the much promised airline insolvency review has still not materialised.

“For central government not to support and nurture this, especially as we deal with the twin uncertainties of Covid-19 virus and Brexit, is unhelpful and irresponsible.”

The British Airline Pilots’ Association general secretary Brian Strutton said Flybe staff would feel “disgusted at this betrayal and these broken promises” from the company and the government.

He said: “It’s frankly sickening that other airlines have gone out of their way to push Flybe over the brink, putting 2,000 people out of work. How are staff going to find new jobs in the current climate?

“Throughout, pilots, cabin crew and ground staff have done their jobs brilliantly, while behind the scenes the owners and, sadly, government connived to walk away.”