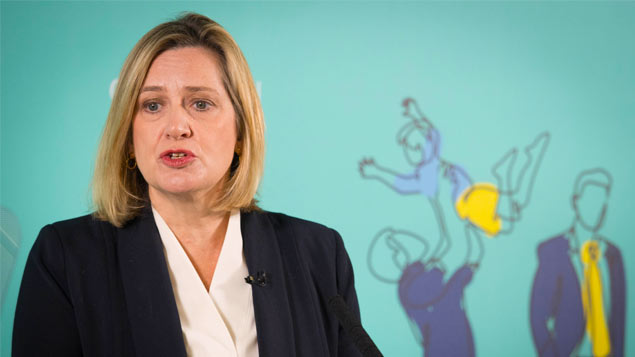 Increased automation will allow employers to offer roles that require distinct “human sensibilities” and allow workers to be more creative, according to the government.

Work and pensions secretary Amber Rudd said automation was “driving the decline of banal and repetitive tasks”, which would make way for jobs that value personal relationships, qualitative judgment and creativity as measures of success.

But as work tasks evolved, employees would need to prepare to change their careers multiple times in their working lives, she said in a speech delivered at the Recruitment and Employment Confederation today.

“The pace of change in the world around us will only increase. The digital revolution and a world of 24/7 connectivity and consumption continue to tear at the 9-5 rule book,” she said.

“Globalisation is expanding the supply of labour, while automation and artificial intelligence simultaneously disrupt the demand for it.

“Overall I am enormously optimistic about the opportunities on offer, but nobody can ignore the challenges that do – and will – exist.

Her speech was delivered as the OECD released its Skills Outlook 2019 report, which recommends that workers will need a mix of digital, socio-emotional and strong cognitive skills to thrive in increasingly digital workplaces. Training policies will need to facilitate the transition of workers whose jobs are at high risk of being automated into new and better‑quality jobs.

The report says countries including Belgium, Denmark, Finland, the Netherlands, New Zealand,Norway and Sweden, are ahead of other nations in their digitalisation. Their workforces are equipped with the necessary digital and human skills and workers are supported by effective lifelong learning systems.

“We don’t know exactly what the next decade’s jobs will look like yet but we know that transferable skills like proactivity, problem solving and creativity will be vital,” said Kirstie Mackey, head of LifeSkills at Barclays.

“These human skills cannot be replicated by robots and will become even more valuable as global patterns of work change and automation, freelance working patterns and the average working age all increase.”

Dropbox’s head of EMEA marketing James Keating agreed that increased automation would allow staff to focus on more meaningful work and will give them more time to do what makes them “uniquely human” – tasks that involve problem solving and critical thinking.

“By taking a more holistic approach to the future of work, a man-machine partnership will open up a new realm of possibilities for organisations. Indeed, when considering the ever-increasing rise in multi-faceted jobs, which makes the need for a balance between human interaction and technology vital, it’s easier to see how AI is less likely to replace us and more likely to enhance the way we work,” he said.

The sentiment was echoed in a report from the CIPD and PA Consulting last month, which found technology such as artificial intelligence would potentially create “more fulfilling” jobs if implemented correctly. Of the employees who worked at two organisations that had introduced AI and automation, 43% said they had learnt new things and 33% reported doing more interesting tasks.

The government had a clear role in helping workers’ adapt to changing labour needs, Rudd said. She laid out three areas of focus – improving access to work, offering more job opportunities and improving protections for a diverse pool of workers.