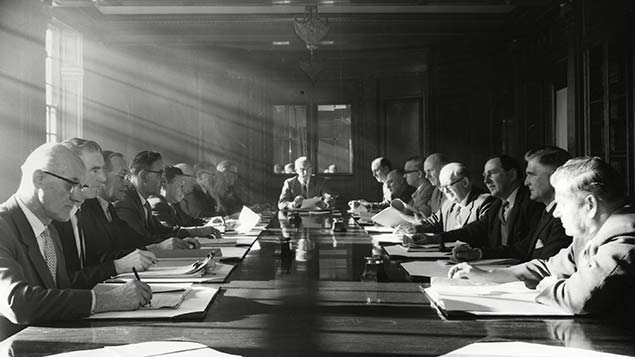 While plans to make gender pay gap reporting mandatory in larger organisations will go some way to address male and female imbalance at work, underlying structural issues still need to be dealt with, argues Gloria Moss.

Cameron’s proposals to publish figures on the gender pay gap give pause to reflect on the imbalances still besetting organisations.

S.78 of the Equality Act: the practicalities of promoting pay transparency

The Fawcett Society estimates the gap between men and women’s earnings is nearly 20%, while just 9.25% of executive directors in the FTSE100 and 5% of the FTSE 250 are female. These board figures alone speak volumes about the blockages in the system.

The supply side is not the problem, seeing as women are as likely (if not more likely) to embark on higher education – the number of women enrolled in tertiary institutions has grown almost twice as fast as that of men since 1970, according to UNESCO figures.

Moreover, there is evidence now on the commercial advantages of a more diverse organisation, with Catalyst finding in 2007 that companies with more women board directors outperformed those with the least on three financial measures: return on equity (53% higher), return on sales (42% higher), and return on invested capital (66% higher).

And the existence of the “female economy”, in which women make 83% of purchases, presents a compelling case for organisations to be more gender diverse and customer facing.

Cameron’s recent announcement that gender pay gap reporting will become mandatory for organisations with more than 250 employees from 2016 will – if the figures are not massaged – go some way to highlighting the structural and non-structural factors that underlie women’s failure to advance in equal proportions to men.

These include issues such as extensive part-time working for women and the lesser prestige accorded to some female-dominated occupations.

by Gloria Moss, is available now.

The first is a major problem but so are non-structural obstacles, a major culprit and the worse for being hidden in plain sight.

The homogeneity principle, for example, where leaders seem to recruit in their own image, appears to go unchecked at Tesco. The supermarket chain’s board membership falls into the “male, pale and stale” category, with just one female non-executive director.

Yet, with persistently negative profitability, Tesco stakeholders might well be better “served” (to use Chairman Dave Lewis’ word) by a senior talent pool that better reflects its substantially female customer base.

A more gender-diverse board might, for example, have resisted the strikingly masculine elements in Tesco’s new in-store design, disastrous according to research findings that show a strong tendency for women to prefer design with subtly different elements, often created by other women.

Achieving a more diverse organisation may be kick-started by gender pay gap data but real change, as we know, can only come with a move away from masculine organisational cultures.

This is where leadership plays a key role seeing as, according to Professor Ed Schein of MIT, between 80% and 90% of behaviour in an organisation is shaped by how its leader behaves.

In fact, much of the leadership rewarded in organisations today is of the “command and control” or “transactional” variety rather than the more people-focused “transformational” and inclusive leadership, and this creates a masculine culture even if this is not the intention.

Of course, there will be exceptions, as men and women are not binary opposites, but female candidates may well be more predisposed to deliver transformational than transactional leadership.

The evidence relating to men and women’s relative leadership preferences deserves our attention not least because it’s thought that transformational leadership, taken with the “contingent reward” element (payment by results) of transactional leadership can deliver a 20% enhancement in performance.

Some might say that there is a case for people-focused transformational leadership across the board, whether or not organisations view themselves as ‘’prospector” (innovative) or “defender” (protects themselves), to use the terminology of Miles and Snow.

This means HR people have a major opportunity and responsibility here. Not only can they move things forward on equal pay, but this initiative can be used to kick-start other initiatives to create more effective and diverse organisations.

Something as simple as a focus on leadership competences can achieve both high performance and diversity, render organisations better able to serve their heterogeneous customer base.

Gloria Moss PhD FCIPD is a former training manager for Eurotunnel and is Professor of Management and Marketing at the Bucks Business School at Buckinghamshire New University. She is author of ‘Why some men like straight lines and women like polka dots’ and most recently ‘Personality, Design and Marketing'.
View all posts by Gloria Moss →
Previous Article
Next Article