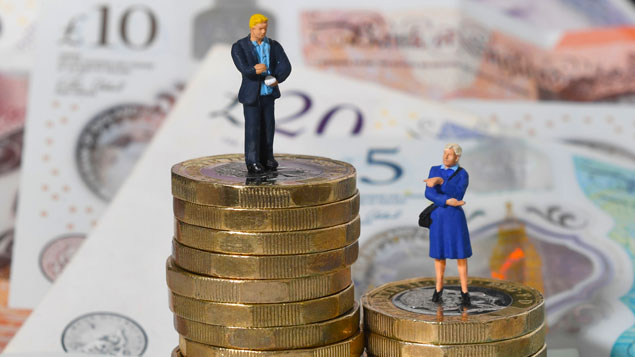 Almost eight in 10 organisations still pay men more than women, the latest round of gender pay gap reporting has revealed.

The UK’s gender pay gap for 2018 remained broadly unchanged when compared to the previous years’ figures. XpertHR analysis of the 10,444 employers’ reports that had been published before last night’s deadline put the median gender pay gap at 9.6% (9.2% last year) and the mean pay gap at 13.1% (13.3%).

By law all companies, charities and public sector organisations employing 250 or more staff are required to publish male and female average hourly pay and bonus data every year.

XpertHR content director Mark Crail said it was disappointing that there had been virtually no change in the UK’s overall gender pay gap between the first and second year of reporting.

“In part this is because there is an underlying structural problem about the number of men and women in different occupational silos and their relative experience and seniority; it is not just a matter of men and women being rewarded differently for doing the same jobs,” he noted.

“But more could have been done by now. Too many employers took advantage of the fact that they had a full year to publish their first report in 2018, and were surprised by the scale of the problem that this revealed. Many were genuinely shocked to discover they had a gender pay gap at all. As a result, the snapshot date of 5 April 2018 for this year’s reports was already upon them by the time they started to think about what to do.

Crail said many employers would suggest that 12 months is not enough time to sort out what is often a deep-rooted problem. “There will be less sympathy for that excuse if there is still no progress to show this time next year,” he added.

The construction sector had the widest gender pay gap. Construction firms’ data revealed a median pay gap of 24.2%, although this was a 0.6 percentage point reduction from last year’s figure.

The agriculture and forestry industry saw the largest percentage point increase in its median gender pay gap, increasing from 5% at the 2017 snapshot date to 6.8% for 2018.

The chemicals, pharmaceuticals and oil sector narrowed its average pay gap by 1.8 percentage points to 8.8%.

Among the firms with the largest increases in their gender pay gap were Kwik Fit, which saw its median pay gap widen from -15.2% at the 2017 snapshot date to 14%; and Interserve FS (part of support services organisation Interserve Group), which reported a 14.9% pay gap compared with 0.6% last year.

Kwik Fit managing director Mark Slade said that because of the nature of its work, which has historically been more appealing to men, female employees comprise only a minority the company’s workforce. “Typically, our female employees are in marketing, administration and other head office or regional support roles, as opposed to working in our centres,” he explained.

Among the companies with the largest gender pay gaps included household names such as women’s activewear retailer Sweaty Betty, which had a 66.6% median pay gap in favour of men; Ryanair, which paid men 64.4% more than women; and fashion brand Karen Millen, which had a pay gap of 53%.

Too many employers took advantage of the fact that they had a full year to publish their first report in 2018, and were surprised by the scale of the problem that this revealed,” – Mark Crail, XpertHR

Sweaty Betty claimed that its gender pay gap was down to the low number of men in the organisation, which skewed the figures.

Sam Smethers, chief executive at The Fawcett Society said the regulations were “not tough enough” to get firms to close their gender pay gaps.

“Employers need to set out a five year strategy for how they will close their gender pay gaps, monitoring progress and results. Government needs to require employers to publish action plans that we can hold them accountable to, with meaningful sanctions in place for those who do not comply,” she said.

“In some cases employers will have a wider gap because they have taken on new female junior staff to build their pipeline. But unless they can demonstrate that, it is more likely that they’ve failed to make changes.”

The Equality and Human Rights Commission has said it will take enforcement action against organisations that had not published their gender pay data before 31 March deadline for public sector employers and the 4 April deadline for private sector organisations. It is not yet known how many employers, if any, had failed to submit their data.