How the “gig economy” offers flexibility for employers and employees 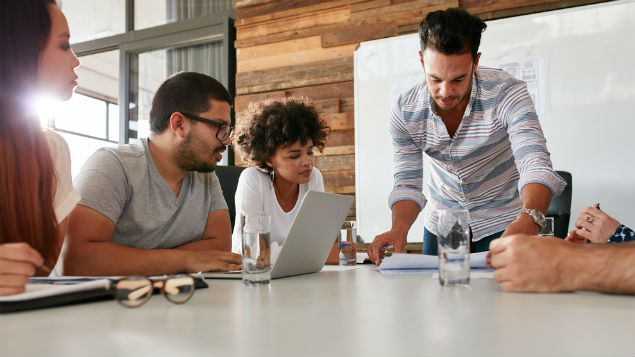 Collaborative, shorter-term projects resonate well with younger employees and will improve recruitment and retention of staff.

We used to differentiate between working on projects and “business as usual”, but today these have merged into one, says Andy Campbell.

Arguably the biggest reason employees move between jobs so quickly is a desire for variety. The modern workforce is full of people, young and old, who want to constantly work on new and exciting projects, which may explain why so much talent is going freelance. In the US, for example, one in three workers – nearly 55 million people – is a freelancer.

Recently, PwC launched an online marketplace to match freelancers with internal projects so it can tap into this so-called “gig economy”. This approach will help PwC meet the freelancer’s wishes for tailored and flexible workloads while ensuring it can assign the right skills to the right projects at the right time.

I’m all for this tactic. The traditional view of a job for life died years ago and it is likely that the “portfolio career” will become increasingly popular, if not the norm. And this extends beyond the realm of highly skilled professional services.

In traditionally lower paid industries like retail the practice of working with multiple employers at the same time is becoming more common. Similarly, today’s technology enables practices like “shift swapping” that offer employees greater flexibility over their working week.

In the light of these changes, companies should be applying some of the principles of the gig economy when it comes to managing their permanent employees. There is, of course, a time to use contract workers, but businesses should first look at the skills within their own organisation, as many employees possess skills that go beyond their daily role and they are keen to put them into practice.

In the case that employees don’t possess the necessary skills but are eager to learn, this presents an obvious opportunity for companies to invest in developing their staff and add valuable skills to their workforce.

Even workers in a full-time role want more variety. According to Oracle research, one-third (34%) of employees say working on exciting projects is most important to making them feel engaged. This sentiment was supported by the 43% of employers surveyed, who said this practice was most crucial to engaging the people in their organisation.

We also need to accept that people change their minds about their career ambitions. Nearly half (47%) of employees want the option to take on a new job role within their company but are unable to. Giving them a chance to contribute to projects that also excite them personally goes a long way in making them feel more challenged and engaged, even in their regular scope of work.

While the “gig economy” has risen out of growing enthusiasm for freelance working arrangements, companies looking to attract and retain talented individuals on a permanent basis should take heed of the change this reflects in how people want to work”

This is especially true of young workers. Collaborative, shorter-term projects resonate particularly well with this generation of employees, and companies that can deliver on this expectation will have greater success in retaining and developing their bright young staff.

The ability to quickly assign resource as and when it is needed also gives companies an edge over competitors. This not only cuts down the time required to build a project team but also reduces the cost of recruiting outside talent.

Identifying, recruiting and developing talent is both a resource and time-intensive process. Having a view of existing employees’ skills can narrow the field significantly, and take much of the time and energy out of hiring specialised talent if HR can find a suitable candidate internally.

Interesting parallels can be drawn between this more flexible view of working and the more agile ways in which organisations are developing their systems. Many organisations are adopting a two-speed, or “bi-modal”, approach to IT. On the one hand, they need to get new services up and running more quickly to get a jump on competitors that are typically smaller, nimbler and less encumbered by complex legacy infrastructure. Yet, alongside a more agile customer-centric front, end they also need to maintain and consolidate their existing back-end processes that are in many ways the backbone of the business.

In much the same way, opening up project-based roles to full-time employees allows companies to more quickly meet their resourcing needs on these initiatives while ensuring that more traditional, but equally important, “business as usual” activities are not compromised. Of course this does require a more nuanced approached to HR planning, which may in turn require changes to the business’ existing systems, structures and ways of working.

The era of consigning workers to a single job throughout their tenure is coming to an end, and at the same time the fight for talent has never been more competitive. Organisations understand that under these conditions they must deliver a compelling employee proposition that delivers against the modern workforce’s demands for flexibility and diversity.

While the “gig economy” has risen out of growing enthusiasm for freelance working arrangements, companies looking to attract and retain talented individuals on a permanent basis should take heed of the change this reflects in how people want to work. Employee engagement is largely about empowering employees to forge their own career path, and by exposing their staff to new experiences businesses will often allow them to continue growing in the right direction.