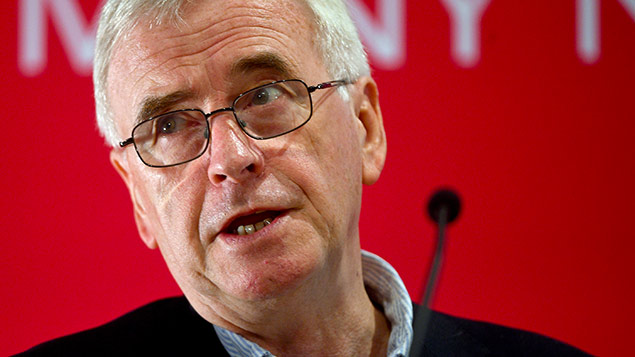 Such a move, which would be phased in over 10 years, would effectively cut the working week to four days and would be carried out with no loss of pay, McDonnell stated.

Labour would create a working time commission with powers to increase statutory leave entitlement, and would also bolster trade unions to enable them to negotiate cuts in hours with employers. The party’s leaders believe that a French-style blanket cap on the working week would not be workable in the UK.

Should we rethink working hours to boost productivity

“We should work to live, not live to work. As society got richer, we could spend fewer hours at work. But in recent decades progress has stalled and since the 1980s the link between increasing productivity and expanding free time has been broken. It’s time to put that right,” McDonnell told delegates.

The figures for hours worked given by the Labour Party and TUC are 42.5 hours for the UK and 41.2 hours for the EU average. These statistics were gleaned from Eurostat by Lord Skidelsky in a report, commissioned by McDonnell and published last week by the Progressive Economy Forum.

The report claimed that full-time workers in the UK (74% of the workforce) worked longer hours than full-time employees in all other EU countries except Greece and Austria. It argues that the average fall in hours worked (under all ways of measuring them), has been arrested, and quotes a New Economics Foundation study showing that if the fall in hours since 1946 had continued, the full-time working week in the UK would have fallen to 34 hours by now.

The reasons why the UK employee works longer than they should be is rooted in how the country’s economy has been restructured in the post-Thatcher era, Skidelsky contended.

According to the latest ONS employment and labour market survey, using a different methodology, full-time workers in the UK put in 37.2 hours each week. The figure has declined very slightly over the past 30 years; in 1992 it was 38.1 hours, although in September 2009 it was 36.9 hours.

OECD data suggests that UK full-time staff put in more hours than many EU countries, including Germany, Denmark, the Netherlands, Sweden and France but fewer than Ireland, Poland, Belgium, Portugal, Greece and Italy.

Workers in some countries, such as Germany and Denmark, are more productive than their counterparts in the UK.

On a worldwide basis the UK, then, is upper mid-table, to use a sports analogy, working fewer hours than Australia, the US, Japan, Russia, Mexico and Canada.

The OECD has pointed out that exact comparisons are difficult given different ways of measuring hours worked in different countries and has published data showing the average worker puts in 1,538 hours per year. German workers, who appear to work fewest hours, put in 1,363 hours per year.

In its 2017 manifesto Labour pledged to introduce four new public holidays but did not mention working hours.

McDonnell also stated that Labour aimed to end the opt out from the EU working time directive, which caps at 48 the number of hours people can work in an average week.

Employment law expert Andrew Willis, head of law at Croner, said the reduction in hours would be most keenly felt by employers who relied on human input rather than for those who used technology, for example, care providers and drivers. He said some employers were already moving in the direction prescribed by McDonnell, adding: “A better work/life balance for their workforce appears to have risen higher on the agenda for many employers. An overall reduction in working hours will be seen as an official stamp on a direction in which employers are already travelling. However, for now, these employers are few and far between.”