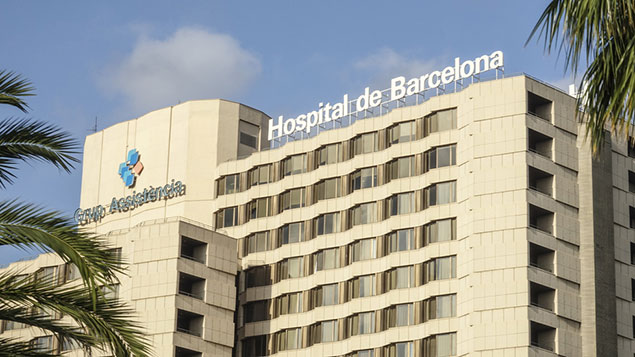 The government has promised to cover the healthcare costs of UK nationals working in EU countries for six months after 29 October in the event of a no-deal Brexit.

In addition, the costs of UK nationals in the EU who are in the middle of treatment will be covered for up to a year from 29 October.

The announcement by the Department of Heath and Social Care was strongly criticised by some expat organisations.

The DoH stated that workers would also be covered while they were registering with a local healthcare scheme, even if the six month period had expired, to ensure they were not exposed to gaps in care coverage and potentially high costs.

Despite this commitment, the DoH advice to UK nationals said: “Consider buying health insurance while you are applying for, or if you are not eligible to join, local healthcare schemes.” It also stated that workers who moved between EU countries must make sure they had travel insurance that covered them for healthcare.

Many workers in this situation currently use the European Health Insurance Card (EHIC) to gain state-provided medical treatment in all European Economic Area countries.

With EHIC, the cost of treatment can be subsequently reclaimed from the worker or visitor’s country of residence via reciprocal health care agreements. About 27 million people currently hold EHICs issued by the UK, the vast majority of whom travel as tourists or visitors.

State-funded healthcare is also provided to UK nationals and their dependents under the S1 scheme, funded by the UK government and administered by the NHS Business Services Authority. To use health services when visiting the UK after 29 October EU-based UK nationals will have to present a copy of their S1 form.

Pensions will not be affected by a no-deal Brexit, the government advice states.

The government’s announcement was strongly criticised by some UK nationals.

Sue Wilson, chair of Bremain in Spain, said: “They keep making these announcements and they seem to think they will provide reassurance. But they are time-limited and therefore have the opposite effect – people will ask what happens after six months.

“What we need is reassurance that our rights do not change regardless. That is what the leave campaign promised, that’s what Michael Gove promised and it’s clear every time they make one of these statements that it is not the case.”

Jeremy Morgan, vice-chair of British in Europe, told expat website The Oliver Press that the government’s plea to Britons to sort out healthcare if the NHS cover disappears was “more smoke and mirrors” and “another massive let down”.

“The government is urging them to ‘act now to secure access to healthcare’ as if it were as simple as ordering coffee in a restaurant,” he said. “If the UK government is serious about protecting some of its most vulnerable nationals from the fallout of Brexit – let alone no deal – it should commit to funding S1 healthcare indefinitely, not fob them off with empty promises of ‘smooth transitions’.”

Dr Layla McCay, director of international relations at the NHS Confederation, welcomed the government’s commitment to pay for care but emphasised that far more needed to be done.

“This has been a major worry for UK nationals living in EU countries and today’s announcement will provide some reassurance that most won’t have to pay for their healthcare costs immediately after Brexit,” she said. ”It’s a further sign of the extensive preparations that have been made for a no-deal outcome. But it’s only a temporary measure and the best way of guaranteeing that patients are protected in future will be through a negotiated deal.”

McCay continued: “We now need reassurance in other areas such as the UK’s continued participation in key data sharing platforms that protect the public from health threats, and recognising the authorisations of medicines and medical goods to keep medical supplies flowing. This will be best achieved through a negotiated deal but at the very least we will need a mini deal, or technical adjustments to keep both UK and EU patients safe.”