Leadsom and “CV-gate”: how can HR always be sure of accuracy? 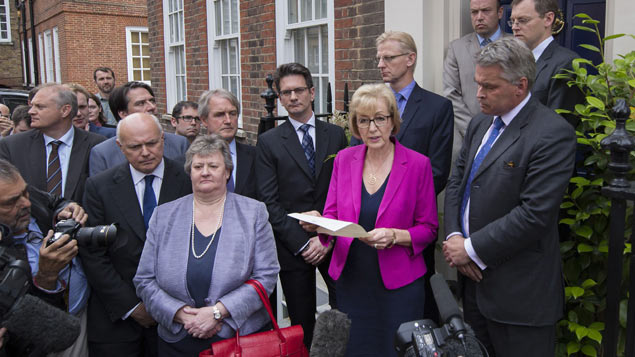 Before she stepped out of the Conservative party leadership race earlier this week, Andrea Leadsom had already attracted unwanted attention to her CV, where it was claimed she had lied about her previous experience. How can hiring managers and HR professionals avoid falling foul of CV lies?

It may not have been the final nail in her coffin – arguably, that might have been the claims of maternal superiority – but, for sure, “CV-gate” contributed significantly to the demise of Andrea Leadsom’s ambitions to be Prime Minister.

While the story around the validity of Leadsom’s career history may have been a shock to much of the general public, it’s an all too familiar challenge faced by businesses up and down the country, large or small.

We all know characters who exaggerate the truth, but not many of us would cross the line and present these embellishments as fact, or would we?

Numerous organisations have researched the occurrence of CV inaccuracies. The result largely depends on where you stand and how you view the difference between an acceptable exaggeration and an outright lie.

In a recent survey of more than 2000 candidates, job board CV Library states that the volume of UK-based candidates lying on their CV is more than 28% – with almost 10% saying that the lie was “significant.”

Perhaps more interestingly, 75% said that they believed it was the company’s responsibility to uncover lies during the ongoing interview process as opposed to the candidate being honest. And if this is how many admit to it, how many of our stellar candidates are “keeping schtum” and living with their lie?

It is tough. You like the person you have just interviewed, you want to believe what they tell you and you want them to be everything they say they are. So what can you do to ensure that your gut feeling is on the money?

There are a few ways in which you can get to the bottom of whether that applicant can or cannot do what they say. Many sectors rely on testing or assessments. Within finance, particularly investments, it’s not uncommon to expect modelling tests and case studies as part of the recruitment process.

IT and programming-related roles will often require a series of software tests. Both of these will at least give an indication of a new employee’s technical capability, but what else do they provide? What was Tony like to get on with? How did Emily perform under pressure? None of these critical questions are answered with traditional assessments or a quick read of a (possibly misleading) CV.

You would think that in this internet-dominated age it would be far easier to identify these exaggerations or lies. In fact, the data overload may well be making it more difficult.

With the rise of self-regulated social media sites such as LinkedIn, anyone can claim to be pretty much whoever or whatever they like.

They may be caught out at some stage, but by then the damage is often done – for the employer, in particular. If we rewind 20 or more years to the dawn of the Internet era, ironically employers often had even more access to relevant information than they do today.

It was the norm to speak to past employers quite openly about the applicant and they were often happy to dedicate time to this. In the fast-moving age of Amazon, Uber and online banking, there’s less appetite to follow up on these “non-essentials”.

And, with people moving location and generally travelling further than ever to go to or even find work, there is much less of a personal link then there has been in the past. With a less transient working population, more businesses relied on personal recommendations and referrals.

But what about the myriad of background-checking businesses that organisations can rely on to separate the wheat from the chaff? In many instances, they just don’t cut it.

However, when it comes to actually having the responsibilities she claimed and performing the tasks she spoke of, I can’t be so sure. No one aside from Leadsom herself and the people she worked with directly could know this for definite.

So, the simple solution is to speak to the people she worked with and clear this mess up. Get our facts straight. Assemble some sort of verifiable, accurate career history for Leadsom. Reassemble her reputation. Simple, right? Well no, not really, and here’s why…

Businesses shy away from the truth; they are scared of being sued even though the risk is far lower than perceived. Market perception is that simple data checks are adequate even though we have just shown that often they are not.

Once upon a time we would call up a friend or acquaintance in a competitor who knew someone who worked with the potential employee. But despite us now being able to do pretty much anything on a smartphone, technology has been very slow to catch up when it comes to digging up any dirt on candidates.

Get the facts right

So what does HR need to be doing differently to mitigate the risks of a fraudulent hire? Quite simply, it needs to ensure that the business gets the facts on its potential new hires.

In much the same way as the HR function should be ensuring that the business uses the most appropriate payroll, absence, grievance processes and software, it must also enable the business to make the right hiring decisions in a timely manner.

Luckily, things are changing and technology is catching up with the increasing necessity and demand in this area. You can now simply and quickly check someone’s background without risking prosecution or annoying those involved in the process.

So, can we ever be 100% sure about who we’re hiring? No, probably not, but we can certainly get to the bottom of blatant lies and bogus claims whilst arming hiring managers with data-driven facts to form a decision.

The trick is to make reference-collecting easier for all parties while avoiding a PR nightmare and a hefty dose of embarrassment. Take Mrs Leadsom’s word for it.