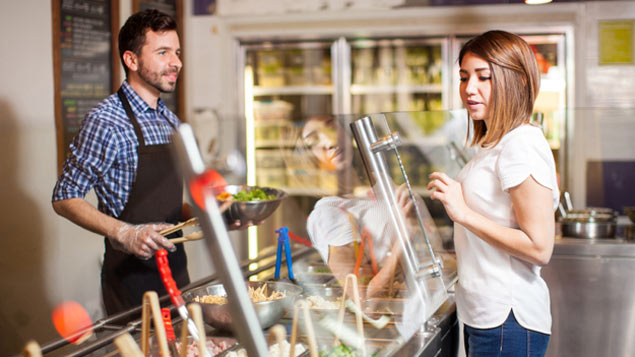 The government is on track to eliminate low pay by the middle of the next decade, analysis has found, after the proportion of workers in low-paid roles last year fell to its lowest since 1980.

The Resolution Foundation, which analysed pay data from the Office for National Statistics’ Annual Survey of Hours and Earnings, said this was mainly due to the introduction of the national living wage (NLW) in 2016, which pushed up average hourly pay and lifted around 200,000 people aged 25 and over out of low pay last year.

The five-year period of uprating the NLW to 60% of median earnings comes to an end next year, but chancellor Philip Hammond’s post-2020 plan to “end” low pay and the Labour party’s pledge to raise the minimum wage to £10 an hour for all ages could see low pay in the UK eradicated by roughly 2025, its Low Pay Britain 2019 report suggests.

The reduction in what could be considered low-paid work was also due to employers failing to increase wages for those in more senior positions. The report recommends that employers “must increase the pay of those paid above the minimum wage if they are to preserve differentials between the lowest earners and those in more senior roles”.

Nye Cominetti, economic analyst at the Resolution Foundation, warned politicians to be cautious when it came to increasing the minimum wage, particularly in light of changing economic conditions.

“It’s great that both main parties want to go even further on raising the minimum wage and eliminate low pay altogether. But such an ambitious move would transform the labour market, and must therefore be approached boldly but cautiously,” he said.

“An ambitious but cautious approach that saw the national living wage continue to rise after 2020 – at a faster pace than the minimum wage has increased over its 20-year history – would put Britain on course to eliminate low pay in the middle of the 2020s, while still giving the government room for manoeuvre if economic conditions change.”

Women were the biggest beneficiaries of increases to the NLW, as 60% of those in low-paid jobs last year were female. A total of 133,000 women were lifted out of low pay between 2017 and 2018.

In terms of age, the biggest fall in low-paid roles was among 21 to 30 year olds; 120,000 people in this age bracket began earning more than two thirds of the median wage for their age group last year – even with those aged 21-24 entitled to a lower rate of minimum pay than their older colleagues.

Those in administrative and retail roles also benefitted, with 110,000 people in such roles lifted out of low pay.

However, a quarter of people were still earning below the “real” Living Wage, which is set by the Living Wage Foundation as £10.55 in London and £9 across the rest of the UK, and 7.3% of employees were  paid at or below the minimum wage.