National living wage: why it pays for employers to move now 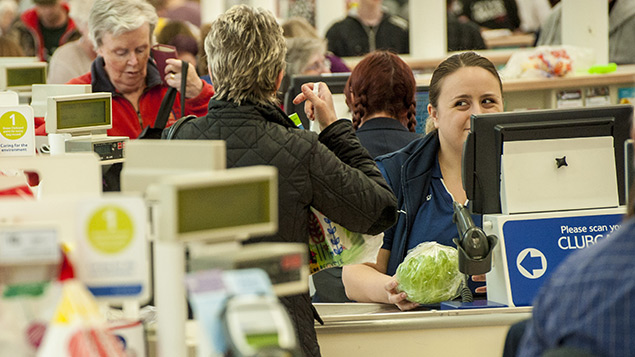 Recent weeks have seen high-profile employers commit to paying the new national living wage before it becomes mandatory, or setting their rates higher than the voluntary levels of the Living Wage. Jo Faragher looks at how employers are dealing with low pay and preparing for next year’s wage rise.

Price wars between retailers are nothing new, but in recent weeks a new competitive battleground has emerged: how much they pay their staff. Perhaps surprisingly, it is the budget players leading the way.

Aldi this week announced that, from February, all its staff will receive £8.40 per hour while employees at Lidl will begin next month to earn at least £8.20 per hour, both in excess of the rate independently recommended by the Living Wage Foundation.

The national living wage: an important but complex shift in policy

Other retailers, such as Ikea and Oliver Bonas, have also committed to hike wages to the Living Wage rate, months before the national living wage of £7.20, the new legal statutory minimum, is introduced in April 2016.

With many employers still calculating the affordability of the national living wage, why are we seeing a rush of employers raising rates already? And what are the key considerations for organisations as we prepare for the rise next year?

Since the new statutory rate, the “national living wage” was announced in the Summer Budget, the Living Wage Foundation (LWF), the organisation behind the Living Wage, has experienced a sharp rise in enquiries about paying its rate.

“There was an initial spike in enquiries and there’s been a steady increase month on month compared with last year,” explains Sarah Vero, the LWF’s head of partnership. “I think there’s been a shift change in the way people are looking at low pay. Paying a wage that’s in accordance with the cost of living has become a desirable thing to do.”

Minimum rates as of October 2015. Most supermarkets do not pay staff for breaks, but most offer discounts of 10 to 20% and some provide annual bonuses.

The Living Wage has been £7.85 outside London and £9.15 in the capital for the past year, but a new rate will be announced next week.

Based on the cost of living, the Living Wage is calculated to describe a minimum hourly wage necessary for someone to meet their own, or their family’s, basic day-to-day needs such as paying for housing, food and clothing.

In 2014, there were six million people in jobs paid less than the Living Wage, and the proportion of jobs paying under this rate in London was 19%, up from 13% in 2010.

The Chancellor’s national living wage rate, aims to be at the level of 60% of median earnings, or around £9 an hour, by 2020.

In terms of attracting staff, paying a higher rate now – whether that means committing to the Living Wage rate or surpassing the national living wage before it comes in – could pay off in terms of first-mover advantage.

“Why wouldn’t you go and work for the supermarket that paid the most?” says Deborah Rees, director of consulting at reward advisory company Innecto. “We’ll also see companies such as B&Q considering it, where they’ve got a large tranche of workers on the minimum rate who have value to the business, who understand how it works, and who they want to retain.”

For some employers, going above and beyond the the legal statutory minimum is more about reinforcing strong ethical values. John Hannett, general secretary of shopworkers’ union Usdaw, recently commented that “there is a mood among employers that they don’t want to be the lowest”, and this is clearly at the back of many bosses’ minds.

Martin Holmes, head of organisational development and business improvement at Creed Foodservice, which supplies food products to the catering industry, believes that paying the Living Wage is an important component of many things an employer can do to improve engagement and do right by employees.

The company has spent the past couple of years improving its recruitment, induction, training, recognition and appraisal processes as part of a wider initiative to engage people, improve service and gain recognition through the Best Companies scheme.

After running an analysis of its payroll, it found that around 35 of its 300 employees were still earning under the Living Wage. “We decided it was the right thing to do, to commit to raising wages to that level,” says Holmes.

He says: “A properly rewarded employee feels better about themselves. If you pay someone the minimum wage, they might think ‘I’ll do the minimum’. It’s set at a base rate rather than lifting people up.”

One positive knock-on effect of introducing a higher national living wage is that those companies that want to go a step further and commit to the LWF rate will find it easier to build a business case once the new statutory minimum is introduced.

Stephen Uden, head of corporate citizenship at Nationwide, a Living Wage employer, explains: “The gap between the two rates will narrow over time, and the business case will get better to pay the higher, recommended living wage, and get the full reputational value.”

Moral arguments aside, many employers are yet to calculate the full implications of raising their wage levels to the Government’s national living wage.

According to a survey by consulting company PwC, the planned increase to £9 an hour by 2020 will costs businesses an average of £11 million over that time. Around one-third of the companies it surveyed said they would pass the increased cost onto customers, while 26% said they would reduce headcount.

“There is a significant cost increase for employers, and that has to be met somehow,” says Mark Beatson, chief economist at the CIPD. “Either [employers’] customers can bear it, or business owners absorb it into their profit margin, or workers pay for it through cuts elsewhere, for example reducing their overall number of hours worked, cutting labour costs such as training, or reducing pension costs to a minimum.”

The gradual rise could also have the adverse impact of businesses preferring to recruit younger staff who are not covered by the national living wage, argues Gary Webb of outsourced payroll provider Bond Payroll Services.

“With the national living wage only applicable to those aged 25 and over, there is an argument for increasing the numbers of younger employees,” he says. “While this is potentially positive news for a generation that endured the brunt of recessionary unemployment and offers firm employment schemes and trade education, is this the best financial option for the business?”

Organisations will also need to consider how pushing up salaries at the bottom end of the scale will impact those on higher wage bands, adds Rees.

“Lots of companies don’t have any issues with paying employees more than £9 an hour in four years’ time. But where the pay differential is more substantial, there’s more concern. They’re worried that as employees at this end start to earn more, the escalation of wages above that will be significant.”

Some sectors where a high proportion of staff are paid the current national minimum wage are likely to feel more of an impact than others, including retail, hospitality and social care.

In social care, for example, just 11.5% of workers are under 25, according to the National Care Forum, so councils already experiencing squeezed budgets to care services will face a huge hike in wage costs.

The Local Government Association has estimated that the minimum the national living wage will cost councils in raising wages for care workers is an extra £330 million next year, jumping to more than £1 billion by 2020.

Small businesses, too, may find it more of a challenge to keep up with the planned increases to the statutory minimum between now and 2020.

But we may see a positive knock-on effect in terms of consumer spending, argues the Living Wage Foundation. “It’s a small increase for many, not enough for a major investment such as a holiday, so it tends to be reinvested in the local economy,” says Vero. This, in turn, could create higher demand for products and services, and hopefully more jobs.

Whether or not employers choose to meet minimum requirements or aim higher than the national living wage, organisations are likely to try to broaden their appeal beyond the size of their pay packet.

“What we’ll start to see is companies trying to develop their DNA more clearly because the bottom line of pay has become blander,” says Rees. “They’ll have to express something that says why they’re different, offering people opportunities that money can’t buy, for example in career development.”

And for those who have already committed to paying the Living Wage, the investment is paying off in terms of higher productivity and lower churn.

“It saves us money compared to if we paid lower wages, because staff are more focused, better motivated people, so their productivity increases,” says Wade from Hodgson Sayers. “We’re saving money on recruitment and training, staff turnover is very low and we’re attracting a better quality of employee.”

Whatever the arguments for increasing low pay, one thing is certain. There’s a lot of work still to be done to analyse and potentially restructure rewards in organisations before the new mandatory rate is introduced next year.