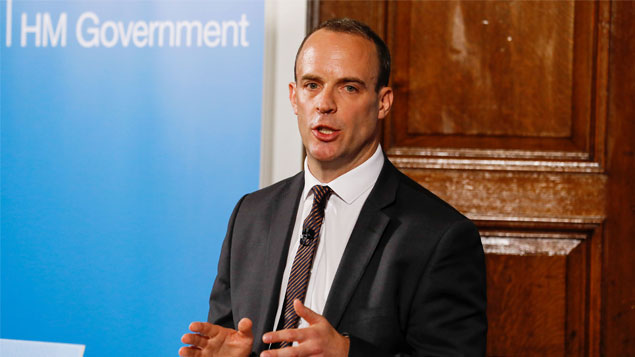 There will be no change to workers’ rights and protections in the event of a no deal Brexit, the government has confirmed.

It said that after 29 March 2019, regardless of whether the UK reaches a deal with the EU or not, workers will continue to be entitled to the same rights as those are covered under The EU (Withdrawal) Act 2018, which translates EU legislation into UK law.

In a guidance document titled ‘Workplace rights if there’s no Brexit deal’ – one of the 25 ‘no deal’ Brexit advice papers published today – the government said domestic legislation already exceeds the level of employment protection provided under EU law.

It intends to make small amendments to the language of workplace legislation to reflect that the UK will no longer be a member of the EU. No policy changes will be made.

Secretary for exiting the European Union Dominic Raab said: “The technical notice on workplace rights explains the steps we are taking to transfer all EU legislation into UK law in time for exit, so workers will continue to be entitled to the rights they have now, such as flexible working or parental leave. In many areas we already go much further than the EU.”

Crowley Woodford, partner law firm Ashurst, said: “There is no surprise that worker’s rights will be maintained in a no deal Brexit given Theresa May’s previous assurances.

“The real risk for workers lies in the longer-term as Parliament would be able to scrap established rights with relative ease without the intervention of the European courts.”

The government noted that there might be some implications to workers’ rights in the event of employer insolvency. In particular, employees that work in an EU country for a UK-based employer might not always be protected under the national guarantee established in that country, which could affect their ability to bring a wage claim.

It said organisations with European works councils might need to review any agreements made if there are no reciprocal arrangements between the UK and EU.

Leaked cabinet papers this week suggested that EU migrants will have the right to stay in the UK if there is no Brexit deal.