Recruitment data: Is this the dawn of the biometric CV? 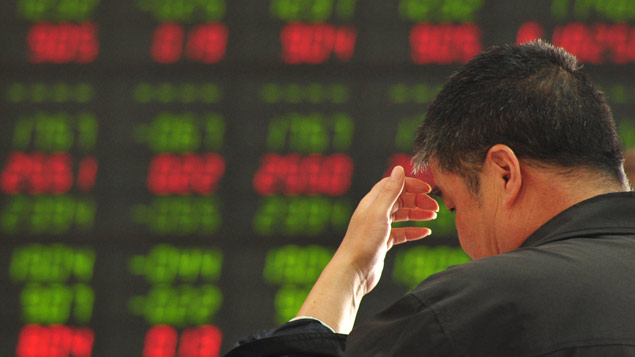 Wearable devices already measure metrics such as step count and heart rate. But could data generated from personal technology be gathered and analysed to understand employees’ performance and how well they might be suited to a role? Cath Everett investigates.

In the not too distant future, biometric CVs containing data about everything from sleep patterns to how you respond to stress will become the norm, believes Professor Chris Brauer.

How HR analytics can transform recruitment

Policy on the use of personal devices at work

Although these kind of CVs do not yet exist formally, the director of innovation for Goldsmiths’ Institute of Management Studies at the University of London believes that the foundations are already in place.

In fact, Brauer points out, the physiological and “sociometric” data generated from wearable technology such as Fitbits and [corporate social analytics platform] Humanyze is already being used in some sectors to give individuals an edge in the job market.

“I’ve seen people using this kind of data in job applications and interviews, mainly in the hedge fund industry, which is looking to biometric data to try and understand performance,” he explains.

“It’s not termed a biometric CV yet, but it helps people demonstrate that they’re good under stress, for example, as they have an evidence base to prove it.”

Kirstin Schulz, head of assessment consulting for recruitment consultancy Alexander Mann Solutions, says that, personally, she has not witnessed biometric data being either requested or used in this way.

But she is starting to see some early adopter organisations analyse candidates’ semantics, tone of voice, even body and eye movements during video interviews in order to read their physiological responses to questions and messages more accurately.

Analysis of digital footprints and profiles, which include employees’ use of social media sites such as Facebook, is, on the other hand, quite commonplace. Therefore, “biometrics could be seen almost as an extension or a natural next step”, Schulz says, although it is not something she expects to move into the mainstream just yet.

Nonetheless, Brauer believes that biometric CVs could have a number of advantages if used in conjunction with more traditional recruitment methods.

For example, employing such data could improve the efficiency of the hiring process and save employers money by making them less likely to take on unsuitable candidates.

Better data could arguably lead to the appointment of fewer “square pegs in round holes”, and enhance individuals’ personal health and wellbeing by reducing their stress and anxiety levels.

David D’Souza, the CIPD’s head of London, sees the advantages of such an approach.

“The old-fashioned CV is always susceptible to being skewed by people who are good at marketing themselves as opposed to being suitable candidates so there are benefits to showing richer information at the point of hire,” he says.

Flaws in the process

Using biometric data could also address flaws in the existing process, Schulz adds, such as candidates faking personality tests or choosing to lie at interview.

“But with biometric data, there’s an opportunity to look at alternative data sources that can’t be influenced in the same way, so they could be an interesting addition.”

Kevin Charles, director and barrister at Crossland Employment Solicitors, is not convinced.

On the one hand, he recognises that hedge fund workers are likely to be highly motivated, ambitious individuals who would be happy to exploit their own personal data in order to get themselves noticed.

On the other, Charles believes that the average employee in the wider world would be somewhat more reluctant to go down this route, not least due to trust issues over how this kind of sensitive data would be used – although he acknowledges that such concerns may be less marked among future “digital native” generations.

If the use of biometric CVs should become “normalised”, says D’Souza, a key concern is that candidates could feel pressurised into supplying employers with information they were uncomfortable in providing over fears they would not get the job.

The question would be, is requiring information on your sleeping habits disproportionate, intrusive and invasive and is it really necessary in terms of recruitment?” – Kevin Charles, Crossland Employment Solicitors

Moreover, he adds, it is likely that “a market would emerge in tinkering with the information to make sure it looks right”, which would negate the point of having a biometric CV anyway.

There would also be implications in employer brand terms, believes Schulz.

“For candidates, it could be construed as being very intrusive and so it would be important for employers to be open about the process,” she says.

“The candidate experience is very important to businesses now. So the use of biometric data would have to be woven into the overall experience to make sure they didn’t come across as ‘Big Brother’ as that would be very detrimental to their brand.”

However, she envisages that collecting this kind of biometric data might make sense if there was a strong case for validation.

For example, if applicants were asked to take part in a job simulation, it might make sense, in some instances, to test them for symptoms of stress when undertaking certain high-pressure tasks.

The same might be true if evaluating candidates’ ability to maintain high levels of attention to detail while undertaking otherwise monotonous activities.

But there are other reasons as to why biometric CVs are unlikely to catch on any time soon, according to Charles.

“From a technology perspective, we’re making huge advances on how we collect and analyse information. But from the societal and employment law view, we’re going in the opposite direction,” he explains.

“Rather than have more information at the recruitment stage, we’re actually stripping it back on things like CVs and only providing the necessary basics.”

In the current legal climate, candidates are no longer required to provide personal information such as age or marital status, and some employers even use “blind CVs”, where names are removed and replaced with numbers to prevent unconscious bias.

“So from a technology viewpoint, we’re able to provide more information, but from a societal and employment perspective, we’re saying it’s not a good thing as it gives more opportunities for discrimination at the interview stage and we want to provide a level playing field,” Charles points out.

Another challenge involves using data in an appropriate context. For instance, while an applicant’s general health might be good, if they had recently suffered a bereavement, they could display symptoms of stress or lack of sleep where none would normally be present.

As Charles puts it: “There may be all sorts of things that are relevant, but without any context, they don’t mean anything. Also employees can be selective about the bits of information they decide to give and so I’d query how useful it is.”

At a more detailed legal level, meanwhile, he believes there would also be “real risks” in terms of how biometric CVs were used.

For example, because employers might make certain assumptions based on the data, they would have to be careful about not directly or indirectly discriminating against candidates, not least on grounds of disability, in contravention of the Equality Act.

There would also be concerns relating to the Human Rights Act, which stipulates that everyone has a right to have their private life and privacy respected, while the Data Protection Act indicates that all data must be lawfully and fairly processed.

“This means that employers shouldn’t collect and process data that’s not really necessary and that collecting personal sensitive data about applicants should be proportionate,” Charles explains. “So the question would be, is requiring information on your sleeping habits disproportionate, intrusive and invasive and is it really necessary in terms of recruitment?”

These obstacles, he adds, mean it is unlikely that biometric CVs will be adopted as standard practice in recruitment any time soon.

“There are big challenges around discrimination and creating a level playing field, and they’ll remain – unless we get to the point as a society where we’re confident we don’t have to worry about discrimination based on race, disability, gender and the like because they’re no longer issues. We’re still light years away from that kind of utopia today,” he concludes.