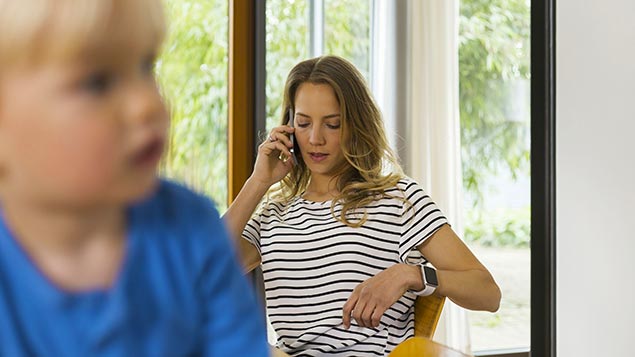 One-third of UK workers (32%) say that remote access to work means they cannot switch off in their personal time, according to research.

The survey, conducted by the CIPD and Halogen Software, found that workers are divided on whether remote access to the workplace is a positive or negative development.

Almost one-third (30%) of employees say they feel empowered having remote access and around half (53%) say it helps them to work flexibly. More than one-third (37%) say it makes them more productive.

However, two-fifths of workers (40%) admit to checking their work mobile or emails five or more times a day outside of working hours. One-fifth (18%) feel under surveillance with remote access, and 17% say it makes them feel anxious or affects their sleep.

CIPD associate research adviser Claire McCartney said: “A lack of clarity and guidance for employees around remote working can cultivate an environment where some employees feel unable to physically or mentally switch off.

“This can have adverse effects on employee wellbeing and their engagement with the organisation, as well as their productivity at work.”

The survey of over 2,000 employees found private-sector staff are more likely to say that they can always switch off from work (47%), compared to those in the public (35%) and voluntary sectors (29%).

Those in the public sector were almost twice as likely to check their work mobile or emails at least five times a day outside working hours (32%) than those in the voluntary sector (17%). In the private sector, the proportion was 23%.

McCartney added that employers need to have a clear approach to remote working and create an “enabling culture”, where employees feel trusted and empowered.

“HR plays a critical role in creating and influencing these cultures of trust, by engaging with employees and challenging some of the problem areas that exist,” she said.

Other highlights from the survey, which explores a range of employee attitudes to the workplace, include: