By Ashleigh Webber on 22 May 2020 in Latest News, Job creation and losses, Labour market, Recruitment & retention 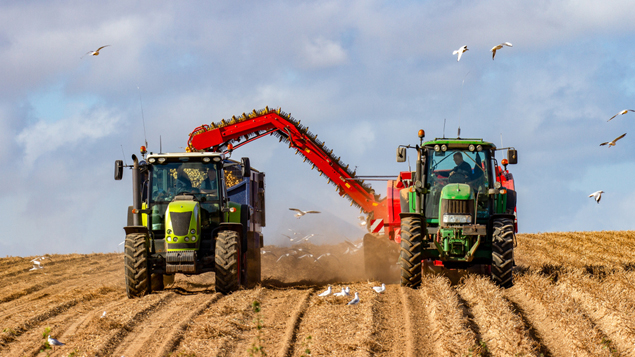 Rural areas have seen a surge in hiring over the past couple of weeks, despite an overall decline in the number of vacancies posted across the UK.

The largest uptick in job postings was seen in Breckland and south Norfolk, where there was an 8.7% increase in job advertisements between 4-10 and 11-17 May, according to the Recruitment and Employment Confederation’s new Jobs Recovery Tracker.

Many areas of Scotland, the midlands and the north east of England also saw an increase in employers looking to fill vacancies, including Fermanagh and Omagh (4.8%), South and West Derbyshire (3.7%), Durham (2.4%) and Northumberland (2.4%).

However, many regions saw a significant decline in the number of jobs being advertised, with the greatest decreases seen in the South West (-2.4%) and the North West (-2.2%).

In February 2020, before lockdown measures were introduced, there were more than 1.86 million unique job postings in the UK, according to the REC. This fell by 28% to 1.34 million in April.

Neil Carberry, REC chief executive, said the data showed that employers’ hiring intentions were not uniform in all parts of the country, or for all occupations.

“It’s encouraging to see growth in many areas of north-east England, and hopefully other regions will start to follow in the coming weeks. The economy will begin to bounce back from Covid-19 in the coming months, as businesses start to hire again,” he said.

Unsurprisingly during the pandemic, demand for health workers has jumped. The number of health professional job postings across the UK rose 9.2% pharmacists 3.9% and nurses 2.7%. Demand for security guards (3.8%) and artists (4.1%) also increased.

“As more workplaces start to re-open, we are likely to see similar trends emerging for other roles,” said Carberry. “The increase in job adverts for cleaners and security guards could be the first sign of this.”

However, despite a boom in demand earlier in the year as the supermarkets struggled to cope with panic-buying from consumers, the number of LGV driver vacancies has dropped by 7.4%. Job postings for architects (-6.5%) and construction project managers (-6.2%) had also fallen.