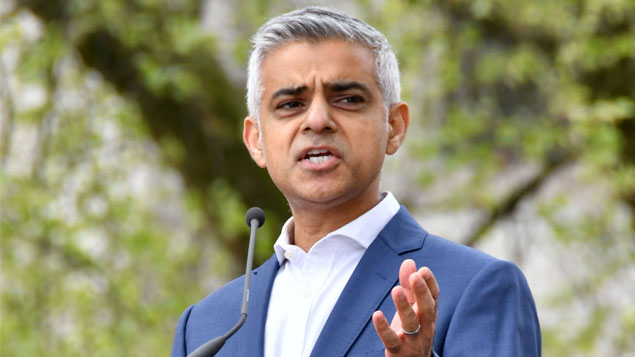 The Mayor of London Sadiq Khan has launched a “landmark” initiative to get more women into senior roles and help close the gender pay gap, beginning with the public sector.

The scheme – Our Time: Supporting Future Leaders – aims to pair high-potential women with senior staff “champions”, both male and female, who will help them gain access to the experience, contacts and professional networks often needed to progress into leadership positions.

It will go beyond traditional female talent development schemes, which Khan believed had not addressed the imbalance of power, and will provide a more structured approach towards career progression.

Can AI bridge the confidence gap for women in senior positions?

Several London-based public-sector organisations will adopt it first including the Greater London Authority (GLA), Transport for London, and the London Legacy and Old Oak and Park Royal development corporations.

Beginning in June or July, high-potential women will be paired with a senior staff member for a minimum of six months. Both the sponsor and the women will receive training and a network they can access to support them through the process, and their progress will be benchmarked and assessed by the GLA group.

The sponsorship activities will take place during working hours, unlike traditional mentoring schemes, and sponsors will be encouraged to share their contacts book and opportunities for progression with the staff they are mentoring.

Khan said he hoped the scheme would make the GLA group a model employer and an “example of what’s possible when you make a determined effort to address inequality”.

He said: “Achieving full gender equality won’t happen without a concerted effort, but I’m optimistic we can win this fight.

“As a proud feminist my ambition is to see our city become a place where all young people know they can choose any career, compete in any sector, and, vitally, get to the top of any profession. Realising this will not only allow a generation of women to reach their full potential but will enable London to shine even brighter and to unleash all the immense talent we have in this incredible city.”

Khan told Personnel Today that he wanted the scheme to be adopted by other organisations across London, including small and medium-sized businesses.

“We are trying to encourage external mentoring as well,” he said. “There’s no reason why, if you’re a champion, you can’t be a champion to somebody in a smaller business as well. The key thing is for the business owner to realise what’s in it for him or her.”

The scheme was inspired by similar programmes run by private sector organisations, including Sky and Mastercard. Sky’s 12-month Women in Leadership Sponsorship and Development Programme has resulted in the proportion of women in its leadership positions increasing from 31% to 40% in two years, while Mastercard’s Relaunch your Career scheme sees both men and women supported in their return to work following a career break of two years or more.

Karen Blackett OBE, UK country manager at advertising giant WPP, is supporting the Our Time programme and said she benefitted from having “amazing cheerleaders and sponsors who could talk about me on my behalf and introduce me to the networks that I needed”.

“We need to have a fresh approach. There are so many organisations that have looked at initiatives, but we need something that’s tangible and sustainable – one that is proactive, and one that involves intervention,” she said.