Skills shortages: savvy ways to survive the “Year of the Candidate” 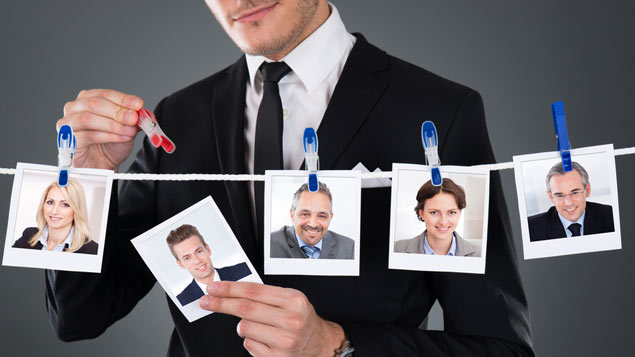 Thanks to skills shortages, 2015 has been billed the “Year of the Candidate”. But what support is available for HR professionals to ensure that they do not miss out on the best recruits, asks Cath Everett?

This buzz-term appeared to start on 1 January with the publication of a Wall Street Journal article on the subject and has been picked up by recruitment bloggers aplenty ever since.

The situation, so the narrative goes, is that, in professional, white-collar recruitment at least, we are experiencing a skills shortage that is resulting in employers having to work harder than before to attract quality candidates.

In other words, if you are looking for people to fill more specialist positions that require quite a lot of experience, such as sales directors, finance directors or business development managers, it could prove a bit tricky – and slow.

If companies treated online sales in the same way as online resourcing, no one would ever buy anything” – Gareth Jones, The Chemistry Group

The same is not true of entry-level, semi- or non-skilled workers though, where the number of candidates still exceeds the number of available positions, effectively creating a two-tier workforce.

A key issue in the more senior echelons, however, is that fewer people generally are being made redundant, but those that are working are showing a noticeable unwillingness to leave their employer – or are receiving attractive counter-offers to stay put.

Toby Conibear, business development director at cloud-based recruitment and staffing system provider Bond Adapt, explains: “People are less inquisitive due to historical economic conditions and among a lot of white-collar workers, particularly in London, the theory of ‘first-in, last-out’ is widespread, which makes the market much less liquid.”

The situation has become even more marked lately as businesses are finally starting to loosen their purse strings after years of caution, which has served to highlight skills shortages in certain areas.

Interestingly though, Rebecca Mossman, HR director for Europe, the Middle East and Africa as well as Asia-Pacific at HireRight, which provides employment background screening checks, noticed a shift as much as 18 months ago – and she expects it to continue for a while yet.

“I suspect the ‘Year of the Candidate’ will last for more than a year,” she says. “Currently candidates aren’t willing to move, but next year it could be that people just have more choice as business picks up.”

This means that employers not only need to ensure that they have the right staff packages in place, but they also need to go after potential new hires proactively, instead of passively expecting people to come to them.

“You have to be more clever by building a pipeline of contacts and staying in touch with them,” Mossman explains. And to do this effectively, HireRight has taken the novel step of retaining a recruitment agency to look for potential candidates for it on a continual basis.

“Drop-out rates are higher these days. There’s less commitment and some candidates don’t even bother to come to interviews,” – Rebecca Mossman, HireRight

“They’re constantly searching so it’s not about waiting until a vacancy comes up,” Mossman says. “When it does, however, they’ve got a pipeline of candidates for us. Otherwise, you’re starting the process cold.”

But adopting a strategic approach to talent acquisition is vital too, she believes. “You have to think about where the gaps are, who and where the right people are, ensure you have successors and generally take a more planned approach by looking at both internal and external talent pools,” Mossman explains.

But even though recruitment remains a labour-intensive business, it seems that technology such as social media has helped considerably, particularly in terms of building networks and networking.

However, it has also raised various other issues too. In our increasingly media-savvy world, a key one here is the growing importance of creating a positive employer brand that potential candidates would be happy to work for.

Another issue is the possibilities that social media opens up in terms of profiling. Although very much an embryonic market, a raft of rather distastefully named “people aggregator” tools such as Entelo and Dice.com’s Open Web are starting to emerge, mainly from the US.

These consolidate people’s profiles from sites such as LinkedIn and Facebook and supply customers with a report that includes everything from data about their skills and experience to personal information. Some even assign “clout” ratings.

While the privacy implications of using such products have yet to be properly explored, they would appear to be a further example of the disruptive impact that technology is having on the sector.

Another one, of course, is the mobile phone, particularly in the temporary and contract recruitment space, and among millennials, most of whom appear to be seamlessly attached to theirs.

But their apparently ubiquitous usage means that the recruitment process is increasingly becoming a 24/7 activity, with people now able to access websites and post CVs at any time of the day or night – a situation that is, of course, generating its own pressures.

For example, rather than have to actively seek recruitment agencies out as in days gone by, the ease with which potential candidates can now simply do a web search and find different sites on which to post their CVs means they are increasingly casual about following through.

“Drop-out rates are higher these days. There’s less commitment and some candidates don’t even bother to come to interviews,” Mossman explains. “Others aren’t looking any more as they were searching six months ago but just left their CVs on the website.”

But not everyone is quite so convinced that 2015 will be the “Year of the Candidate” after all.

Gareth Jones, partner and head of technology at The Chemistry Group, believes that, despite a general recognition of how important employees are – not least because “organisations are running out of other options in terms of improving performance” – there is a huge gulf between this recognition and what happens on the ground.

“If companies treated online sales in the same way as online resourcing, no one would ever buy anything – the process would take at least 45 minutes and the order would never be confirmed,” he says.

The problem is that, despite the “lip service” afforded to it, employers do not appear to value recruitment activity enough to spend money on making the experience a better one. “But because people don’t see it as strategic, it translates into a poor experience,” Jones says.

The problem is that most organisations fail to understand just how much high attrition rates cost them in everything from training to recruitment as the cost is not a direct one.

But even if they were to try doing something about it by swapping out their existing applicant tracking systems, for instance, they would struggle as “there’s not really much to replace them with”.

So what this all means is that, as long as the “general applicant experience is a crappy one, even if you wanted it to be the ‘Year of the Candidate’, it simply couldn’t be”, Jones says.