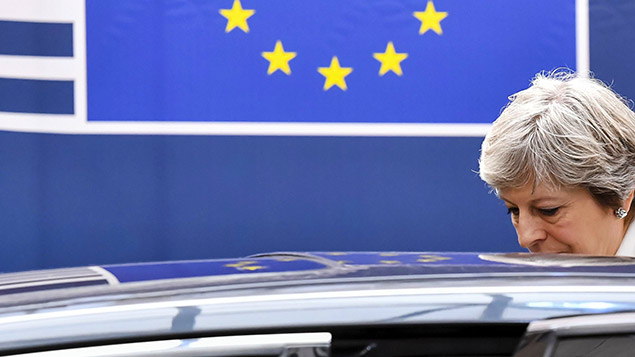 With this Friday’s deadline to contribute towards the call for evidence from the Migration Advisory Committee, Jackie Penlington looks at the potential impact of Brexit and the Government’s current thinking on the employment of European nationals.

Employers should consider contributing to the MAC’s consultation on the economic and social impact of the UK’s exit from the EU, since the decisions subsequently made by Government will directly affect their businesses and the pool of talent from which they can recruit.

It is still unclear what UK immigration regime employers will face post-Brexit. However, we can discern some of the Government’s thinking from a variety of sources.

For example, Theresa May’s offer to the EU back in June 2017 talks about EU nationals and their family members who have been resident for five years applying for ‘settled status’, a new form of indefinite leave.

Those who have not yet been resident for five years would be able to apply for continued residence to stay until they’re in a position to apply for settled status.

However, those arriving after the ‘specified date’ (which is not yet specified) would be given a grace period to remain for a further two years to allow them to either apply under another category of UK immigration law or return to their home country.

We then had the draft immigration paper that was leaked to The Guardian in September, which favours an immediate end to the current free movement provisions, and provides for a regime that would deter all but highly-skilled EU migrants from coming to the UK by introducing minimum skill levels and salary thresholds.

After an envisaged two-year ‘implementation period’ following Brexit, EU nationals would then be subject to the full spectrum of UK immigration laws.

Theresa May’s subsequent speech in Florence in September 2017 talked about a period of implementation ‘of around two years’ during which the status quo is maintained and free movement continues. However, new arrivals from 29 March 2019 would be subject to mandatory registration.

Via a Facebook post last week, Theresa May sought to reassure EU citizens living in the UK that those who already had permanent residence would be able to ‘swap’ this for settled status in a process that would be as streamlined as possible.

Current workforce
For those employers with staff from the European Economic Area (EEA), being in a position to be able to continue employing their EEA nationals (or family members) after the UK has left the EU is clearly a concern. Employers should encourage their EEA national workers and their family members who have already been in the UK for five years to consider applying now for permanent residence.

Despite the Government exhorting EEA nationals not to bother with this process, it is still worth individuals obtaining permanent residence since many may be in a position to apply for naturalisation as a British citizen after having obtained the permanent residence documentation.

Secondly, simply obtaining the permanent residence documentation should at least make any ‘settled status’ application more streamlined in the future.

For those EEA national workers who have not yet spent five years in the UK, it is recommended that they and their family members seek advice to ensure they are in the best position possible to be able to remain here post-Brexit.

Future recruitment
Employers will also be anxious to ensure that they will be able to continue recruiting the talent and skills they need post-Brexit. There is particular uncertainty for employers who recruit a long time in advance, such as accountancy and law firms, where graduates are often recruited up to two years before they take up the role.

Will an EU national recruited in early 2018 have the right to work in the UK by the time they are due to start their employment? This is particularly difficult for employers since they also need to ensure they are not discriminating against applicants on the basis of their nationality.

It is advisable for UK employers to ensure that any employment contract makes employment in the UK conditional upon the individual being able to provide evidence of their right to work here at any stage during their employment.

If, post-Brexit, EEA nationals no longer enjoy free movement rights and there is no specific provision for them (such as allowing those with definite job offers to enter the UK for work), then employers would then need to sponsor them under Tier 2 of the points-based system.

UK companies must first obtain a Tier 2 sponsor licence from the Home Office to sponsor an individual in a skilled role. If not already in place, obtaining a sponsor licence is something for UK companies to start considering to ensure they continue to be in a position to recruit key talent in the future.

There are concerns that the remit of the MAC is too narrow. Despite the fact that UK unemployment is at its lowest level since 1975, the MAC will not be examining whether there is an available UK workforce to fill the skilled and unskilled roles that could be left vacant by EEA nationals.

It has also been queried why the report was commissioned more than a year after the Brexit referendum. With the MAC publishing its report in September 2018, this only leaves six months before our formal exit from the EU.

As the debate over the future of EEA migration continues, it’s worth taking time to add your voice to the conversation before 23:59 on 27 October 2017.