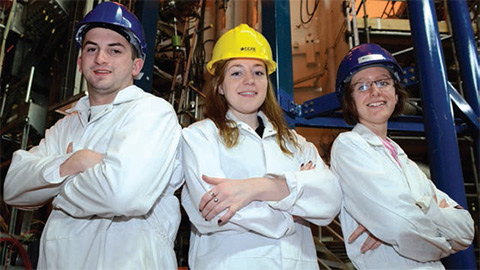 Personnel Today can exclusively reveal the 100 organisations that have made it onto the City & Guilds Top 100 Apprenticeship Employers for 2013.

Selected from more than 1,600 entries into this year’s National Apprenticeship Awards, the list includes employers from a wide range of industry sectors, sizes and occupations. All of them have proven themselves to be the best workplaces in the country for apprentices to follow a career and gain a qualification.

The final list was revealed last night at the National Apprenticeship Awards ceremony during The Skills Show, at the NEC in Birmingham.

The Skills Show, which has City & Guilds, Edge Foundation and Premier Colleges as its premier sponsors, is the nation’s largest skills and careers event and is helping to shape the future of a new generation. The show provides hands-on experiences that inspire young people to explore further education, skills and apprenticeships.

The winners of this year’s National Apprenticeship Awards, which recognise excellence in businesses that grow their own talent, and exceptional apprentices, were also announced during the awards.

The Skills Show also heralds the opening of formal nominations for the 2014 Brathay Apprentice Challenge, a competition that tests apprentices on their team building, logistical and communications abilities in a series of challenges.

This year, Innovia Films was crowned the “Apprentice team of the year”, narrowly beating Norse Group and 2012 winners Cobham into joint second place. In 2012, the challenge raised £35,000 for charity.

It has been estimated that every week, the average fully trained apprentice boosts business productivity by £214. Furthermore, apprentices tend to be more loyal to their employer and help is available to help some employers with the start-up costs of taking someone on. Readers can download a copy of our Top 100 Apprenticeship Employers report here, which includes a foreword by Deputy Prime Minister Nick Clegg on the advantages of becoming an apprenticeship employer.