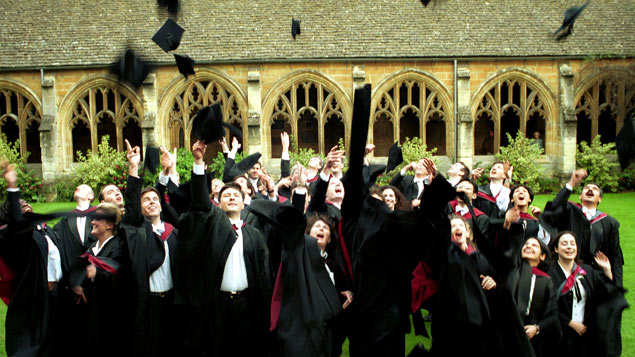 The most common pathway into a "highest status" job is attending independent school followed by Oxford or Cambridge. Robert Judges/Shutterstock

Employers should collect and monitor data on the socio-economic background of their staff, it has been recommended, after a report found top executives and politicians are five-times more likely to have been privately educated than the general population.

According to The Sutton Trust and the Social Mobility Commission, two-fifths (39%) of those in “top” positions – such as senior judges, ministers and diplomats – attended an independent school, compared with just 7% across the UK as a whole.

This had created a “power gap” which, according to Social Mobility Commission chair Dame Martina Milburn, needed to be closed to ensure those at the top of business and politics could relate to those they are representing.

Oxbridge attendees represented 71% of senior judges; 57% of Cabinet ministers; 56% of permanent secretaries and 51% of diplomats.

Women are also underrepresented in powerful roles, making up just 5% of FTSE 350 chief executives, 16% of local government leaders and 24% of senior judges.

The most common pathway into a “highest status” job is attending independent school followed by Oxford or Cambridge, making up 17% of the whole group, according to the report.

The report makes a number of policy recommendations to improve social mobility, including:

Earlier this year, the Social Mobility Commission urged government departments to become “model employers” when it came to reducing inequality. It also raised concerns about the impact automation could have on social mobility.

Sir Peter Lampl, founder and executive chairman of the Sutton Trust, said: “As well as academic achievement an independent education tends to develop essential skills such as confidence, articulacy and team work which are vital to career success.

“The key to improving social mobility at the top is to tackle financial barriers, adopt contextual recruitment and admissions practices and tackle social segregation in schools.”

Labour’s shadow education secretary Angela Rayner said: “For too long our top professions have been a closed club, dominated by a wealthy and privileged elite who attended the same private schools.

“The old boys’ network and the old school tie still hold back talented and hard-working people from less privileged backgrounds.”

A Department for Education spokesperson said: “For too long professions like law, politics and journalism have been dominated by independently schooled people.

“By making sure that our state schools offer a comparable education to private schools, we will drive down these inequalities.”