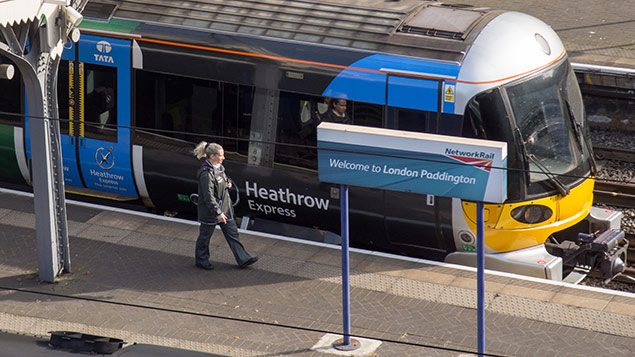 Rail union Aslef has published a report underlining the lack of female, BAME and younger train drivers in Britain.

Mick Whelan, Aslef general secretary, said: “I want to see fewer people who look like me.”

He added: “These percentage ­figures do not represent the communities we serve because 51% of the people in this country are female; 20% in the last census identifi­ed as ethnic minority; and 23% are aged 18 to 35.”

The report, On Track with Diversity, published with the Institute of Employment Rights, looked at female, BAME and younger workers across Aslef’s membership. It showed that diversity varies significantly across the train operating companies.

At Virgin Trains Westcoast, 3.6% of Aslef’s driver members are female, 3.3% are BAME and 5.3% are under 35, while London Underground’s representation was 13.8%, 25.1% and 14.6% respectively. Aslef had no female, BAME or younger members at Metrolink or Eurotunnel.

Representation had improved since Aslef undertook a similar analysis in 2012, when only 4.2% of train drivers were women and just 5% were from BAME communities.

I want to see fewer people who look like me” – Mick Whelan, Aslef

Whelan said: “Because while the trade union movement, historically, has not always been at the progressive cutting edge on some of these issues, this trade union is absolutely committed to equality and diversity in the rail industry.

“But, as a trade union, we can only recruit, as members, those who have been employed as drivers by the privatised train and freight operating companies. We work with these companies, every day of every week, to ensure they encourage women, as well as men, and black and minority ethnic, as well as well as white, people to become drivers.”

He added that union had been pushing the train operating companies to allow more part-time and flexible working.

The report recommended that the train operators:

It also recommends that Aslef reaffirms its commitment to holding operators to account by making part of its negotiation agenda that operators will gather and report on data, disaggregated to identify the driver grade in particular, and to report on the same on a yearly basis.