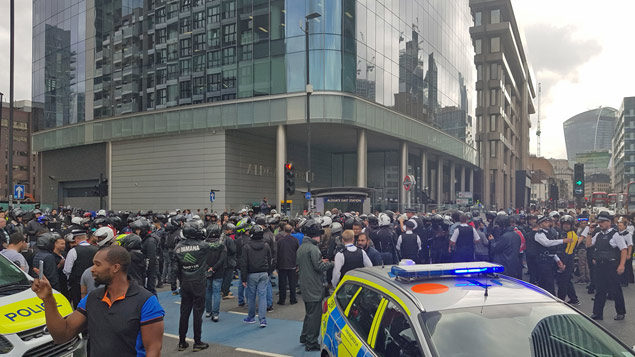 The IWGB union has a called a 24-hour strike against Uber and is urging the public not use the taxi-hailing app from 1:00pm today.

The United Private Hire Drivers (UPHD) branch of the Independent Workers Union of Great Britain (IWGB) has called for the action in London, Birmingham and Nottingham.

Drivers are demanding that Uber recognises judgments handed down at employment tribunal and the employment appeal tribunal (EAT) to respect workers’ rights for drivers, including adherence to the minimum wage rules and holiday pay.

The EAT ruled in November 2017 that Uber drivers should be classified as workers – not self-employed – and as such be entitled to basic employment rights. The case, Uber BV and others v Aslam and others, reaches the Court of Appeal at the end of the month.

In striking, the drivers also want Uber: to end unfair “deactivations” which the union describes as “de facto dismissals”; to increase fares to £2 per mile, currently £1.25 in London; and to reduce commissions paid by drivers to Uber by 10% – currently 25% for UberX.

Gig economy in the courts

James Farrar, chair of the UPHD branch, said: “After years of watching take home pay plummet and with management bullying of workers on the rise, workers have been left with no choice but to take strike action.

“We ask the public to please support drivers by not crossing the digital picket line by not using the app during strike time.”

Uber said: “We are always looking to make improvements to ensure drivers have the best possible experience and can make the most of their time driving on the app.

“That’s why over the last few months we’ve introduced dozens of new features, including sickness, injury, maternity and paternity protections.”

It also cited an academic study last month that calculated that drivers in London make an average of £11 an hour, after accounting for all of their costs and Uber’s service fee.

“We continue to look at ways to help drivers increase their earnings and our door is always open if anyone wants to speak to us about any issues they’re having,” added Uber.