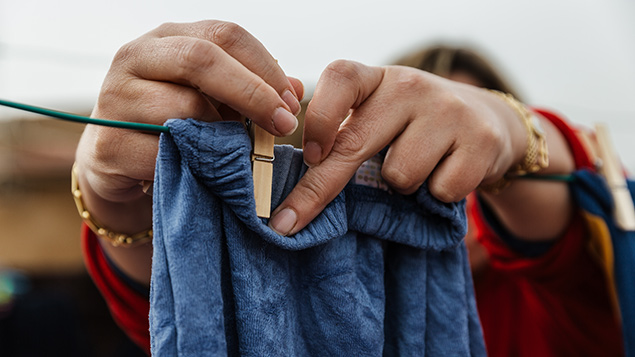 Unpaid work such as childcare, cooking and cleaning means the gender pay gap is much higher than official figures, according to charity Pro Bono Economics.

The charity, co-founded by chief economist of the Bank of England Andy Haldane, argues that the Office for National Statistics gender pay gap of 8.9% does not take into account “the full extent to which women’s work is undervalued”.

It estimates that unpaid work done by women between the ages of 16 and 65 is worth £4,840 more a year than unpaid work carried out by their male counterparts. This means that women are undervalued by more than £6,000 a year (also taking into account gender differences in salary), and collectively are losing out on £126 billion per year.

It comes to this figure by working out that if an hourly pay penalty of £1.08 is applied to the average number of hours now worked by women aged 16-65, each woman can be thought of as being underpaid by around £1,190 a year. Additionally, each woman is missing out on roughly £13,500 for unpaid work undertaken each year, it claims. Nationally, this equates to £126bn.

In its report, Women’s Work: policy, pay, progress and the penalties that remain, Pro Bono Economics points out that pre-coronavirus pandemic, women accounted for 47% of all those in paid employment, and for 50 per cent of all employees.

However, women also make up almost three-quarters of employees working part-time, 54% of those on a temporary contract, 56% of those on zero-hours contracts, and 61% of low-paid employees.

The charity also estimates that women spend 60% longer than men each week doing unpaid work such as cleaning and childcare. Two in five of those it surveyed as part of its research said they would prefer some form of basic income for those with caring responsibilities.

More than half of respondents (54%) said they would be prepared to disclose salary details if that would help to narrow the gender pay gap.

Pro Bono Economics’ chief executive Matt Whittaker said that the “economic shock” associated with the coronavirus crisis should prove temporary, but that its transformative effects on the labour market should not be underestimated.

“Millions of people now find themselves reliant on the state for their income, and there is a new respect for men and women working in lower-paying roles – from nurses to supermarket cashiers to refuse collectors,” he said. “Family dynamics are also shifting as parents juggle the demands of home-working and childcare, and there is an upsurge in volunteering as people support efforts to tackle the crisis at both a national and a neighbourhood level.”

This might lead to a shift in attitudes around the balance between paid work and home life, he added.

“As this report shows, women’s unpaid work has a significant economic value — and our failure to account for it has consequences for us all.

“An accurate measure of the economy is crucial to drawing up effective economic policy; by depending on a GDP figure that is compromised by a gender data gap, successive governments have allocated resources inefficiently.

Millions of people now find themselves reliant on the state for their income, and there is a new respect for men and women working in lower-paying roles.” – Matt Whittaker, Pro Bono Economics

“This has compounded women’s over-representation in low-paid, part-time and insecure work, and had a knock-on negative effect on tax revenue. It has also made women more exposed to the economic consequences of the coronavirus pandemic, which has magnified already existing social inequalities.”

“The new data presented in this report shows that a majority of us are open to recognising the true value of “women’s work”. By making this work more visible than ever, this pandemic brings with it the hope that we can return to something better than normal. All we need is the data — and the political will to act on it.”