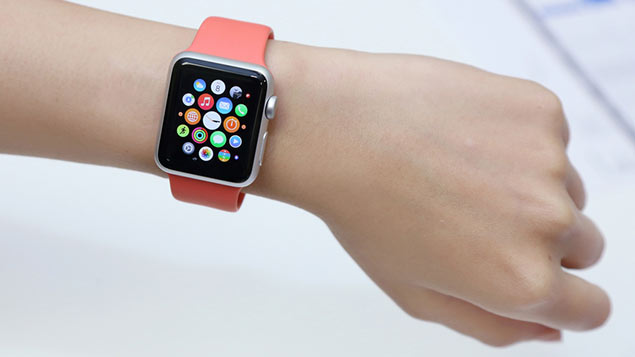 Wearable technology such as Apple Watch could help to drive productivity

Wearable technology, such as Google Glass, Fitbit, Jawbone and Apple Watch, can collect, analyse and share information about the wearer and the people with whom they interact. Marian Derham and Charlie Thompson look at the legal impact of this technology in the workplace.

The initial choice for the employer is whether or not to embrace wearables. Despite some concerns that they present a distraction from work, studies have revealed their benefits.

A survey by Goldsmiths, University of London, reported an 8.5% increase in productivity and a boost in job satisfaction by 3.5%. On that basis, they could be a win-win for employers and employees alike.

Where wearable technology is already present in the workplace, seeking to ban devices will often not be workable or desirable. Therefore, an employer should assess the risk to its business of wearable technology and put policies in place making clear to employees the restrictions imposed on how they use their devices while at work.

The starting point would be a revamped BYOD (bring your own device) policy, to protect the organisation’s data security, privacy, intellectual property and confidential information. A BYOD policy could be backed up with other policies such as an anti-harassment policy and grievance and disciplinary policies, covering the misuse of wearable technology.

Without proper regulation and internal enforcement, employers are at risk of staff recording meetings or conversations with colleagues, clients or suppliers without their consent, or moving sensitive information more easily from secure corporate storage to personal devices. This is, of course, not a new risk; smart phones have had this functionality for some time. However, wearable technology is likely to be easier to conceal, increasing the risk of covert action.

XpertHR US podcast: How Wearable Technology Could Affect the Workplace

Some employers may go further and look to provide wearables for its staff. One leading example of an employer that has embraced wearable technology whole-heartedly is PruHealth, which has offered fitness wearables to employees as part of its “Vitality” programme.

Through the scheme, employees are given incentives in return for doing a certain amount of exercise and sharing data about their activities. Similarly, eBay and BP have already launched programmes under which participating employees are given fitness wearables and benefit from reduced contributions to their corporate health insurance policies as a result.

The potential benefits are clear; a healthier workforce is a more productive workforce, and, according to PwC, levels of sickness absence in the UK are reportedly higher than in the US, the Asia-Pacific region and Western Europe.

Not only could an employer have a more productive workforce, but it can also potentially lower its healthcare liabilities where it provides medical insurance to its staff. On a more abstract level, the data that wearable technology generates can also help employers analyse employee behaviour and performance.

However, caution needs to be taken in relation to data protection and privacy, particularly for wearables focused on improving fitness which collect such data as number of footsteps, body mass index, calorie intake, hours of sleep and location data, as well as sensitive data relating to a user’s health conditions.

Whereas some employees will be receptive to the provision of wearables, many will surely see it as Orwellian surveillance of their whereabouts and productivity. Many employees will be understandably uncomfortable about the prospect of their employer knowing how much sleep they have had and where they have been inside and outside of work hours, particularly if this information is used in the context of analysing poor performance or absenteeism.

Some employees will be receptive to the provision of wearables, many will surely see it as Orwellian surveillance of their whereabouts and productivity”

If an employer wants to offer wearables to its staff, robust policies and procedures need to be in place to ensure that it is made clear to employees how their personal data will be collected and used and that it will not be used against them in an unfair or discriminatory manner.

One way of soothing the concerns of the sceptics in the workforce could be to ensure that certain data is anonymised – 70% of the participants in a PwC study in the US reported that they would wear employer-provided wearables streaming anonymous data to a pool in exchange for a break on their insurance premiums.

Given that wearable technology is already present in the workplace, prudent employers will look to regulate its use. Some organisations are already looking to harness its potential benefits, by linking it to their benefits packages and incentive schemes, and seeking to improve staff wellbeing and productivity.

However, employers will also need to be aware of, and responsive to, the privacy and data protection risks that may arise, as well as how best to present such schemes to the workforce, not all of whom will be receptive to the collection of their personal data through smart technology.

About Marian Derham and Charlie Thompson