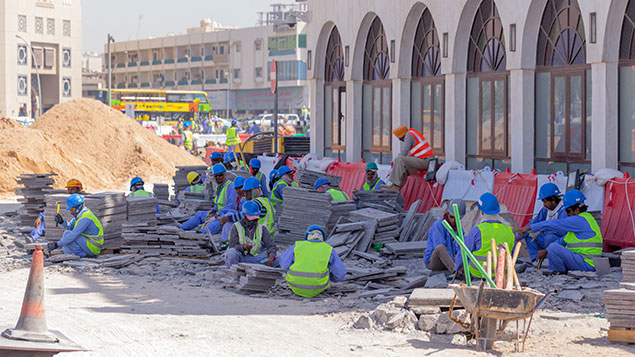 The Government Pension Fund of Norway, the world’s largest sovereign wealth fund, has sold its shares in  G4S because of the risk of human rights violations against the UK-based security company’s workforce in Qatar and the United Arab Emirates.

In a statement, the central bank in Oslo, which manages the $1.1 trillion fund, said it viewed G4S as representing an “unacceptable risk” because it may be contributing to “or is responsible for systematic human rights violations”.

The decision to axe G4S from the fund’s portfolio follows a recommendation from Norway’s Council of Ethics, which said it had reviewed the company’s operations in the two Gulf countries, and its extensive use of about 18,000 migrant workers from countries including India, Pakistan and Nepal.

In a statement published today (14 November), the council said its investigations showed “that workers have paid recruitment fees to work for the company, and that workers have taken out loans in their home country to be able to pay the fees. When the workers arrive in the Gulf, they must spend a significant part of their salary to pay off this debt, and therefore have little chance of leaving.

“Many also received far lower wages than agreed, and in the Emirates, the workers got their passport confiscated. The council’s investigations also revealed long working days, a lack of overtime payment and examples of harassment.”

G4S’s modern slavery statement notes that “It can be very difficult to identify this type of activity and no global organisation can be complacent nor have complete certainty that it is not present within its organisation or supply chain. At G4S, we have utilised a range of information sources to help us identify potential modern slavery risk areas, and as a result have focused our efforts to mitigate these risks in our supply chain and the employment of migrant workers.”

The statement adds that “there are currently around 40,000 suppliers which support our worldwide operations, providing G4S with a broad range of goods and services such as professional services, uniforms, IT, vehicles, catering and security equipment. We have a shared responsibility with our suppliers to operate in an ethical way and respect international human rights standards, including the prohibition of forced or coerced labour.”

G4S has a Supplier Code of Conduct that sets out the firm’s requirements when it comes to responsible sourcing. It claims that last year it enhanced the code in relation to employee human rights and health and safety, and
reviewed its approach to risk assessment and due-diligence of modern slavery in our supply chain. “We are increasing our engagement with suppliers to ensure that they are complying with human rights standards and
the wider principles of our Supplier Code,” the modern slavery statement states.