Almost half of manufacturers concerned about post-Brexit hiring 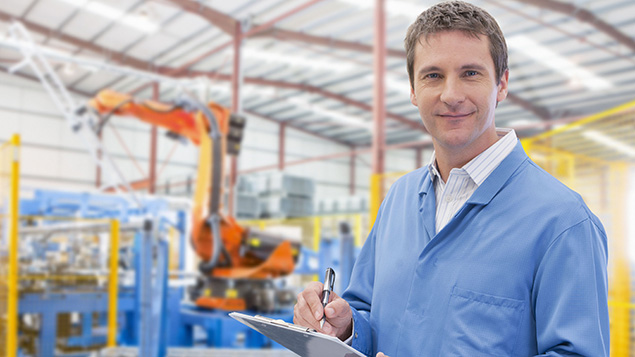 Around a fifth of manufacturers are accelerating their automation plans, said the EEF
Juice/REX/Shutterstock

Almost half (47%) of UK manufacturers are worried about accessing skills once Britain leaves the EU, according to a report by trade body EEF and law firm Squire Patton Boggs.

What impact will Brexit have on EU nationals working in the UK?

Nearly a fifth (17%) of companies surveyed saw a drop in applications from European citizens, and 13% experienced an increase in EU workers leaving their business.

Manufacturers were confused as to how they could support their existing EU workforce – four in 10 felt they needed greater clarity on how they could help employees gain residency or settled status, and 68% wanted more guidance on what post-Brexit changes would mean for employers.

Navigating Brexit: The Migration Minefield looks at ways employers are dealing with these recruitment challenges. Almost half (47%) are increasing the amount of training they provide to existing employees, 20% are improving pay and benefits for all employees, and 16% are introducing policies or schemes to retain older workers with specialist skills.

In terms of bringing in new skills, 37% of companies are increasing apprenticeship or graduate programmes, and a small number (3%) are working with JobCentre Plus to bring in more candidates. Almost a quarter (23%) are considering investment in automation, and 21% are accelerating their automation strategies.

One of the key issues cited by respondents was posting workers to Europe, with 71% regularly sending employees on assignments to EU member states – even if this is just a day at a trade show. Many were concerned that even short trips to Europe will become problematic after March 2019.

Tim Thomas, director of skills and employment policy at EEF said: “Skills shortages are endemic in manufacturing and engineering and companies are becoming increasingly concerned about their ability to access the skills they need post-Brexit.

“While the slump in job applications from the EU has slowed, there is still much to be done to make sure UK businesses are still able to attract the very best talent from Europe over the coming months as we proceed towards our exit from the EU as well as retaining that talent after Britain leaves the EU.”

Annabel Mace, partner and head of immigration at Squire Patton Boggs, urged the Government to confirm there will be a “light-touch post-Brexit immigration policy” that is not as complex or costly as the current points-based system for non-EU workers.

She said: “With less than two years to go before the end of the proposed transition period and the possibility that a new immigration system may take at least another year to be decided on, let alone implemented, it is difficult for manufacturers who rely on EU workers of all skill levels to make meaningful contingency plans.”