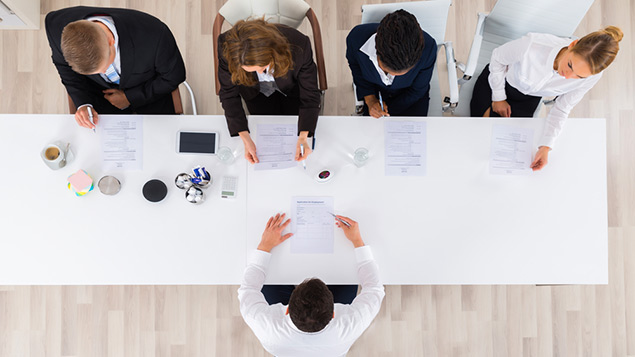 As Boris Johnson prepares to put proposals for a new deal to the EU, research has shown that 87% of professional recruitment companies in the UK are concerned about the prospect of a no-deal Brexit.

Recruitment firms are worried about the implications of ending freedom of movement in a no-deal scenario, despite individuals from the EU having until at least December 2020 to apply for pre-settled or settled status.

We are concerned that UK nationals working in the EEA have very little clarity on their status in the event of a no-deal Brexit as this will depend on the position taken by each of the EU27 separately” – Tania Bowers, APSCo

The research from the Association of Professional Staffing Companies (APSCo) found that, when asked if they expect a no-deal Brexit to have an immediate and significant impact on access to talent, 58% agreed.

Tania Bowers, legal counsel at APSCo, said: “It is unsurprising that the professional recruitment sector is worried about how the current political turmoil may impact access to talent in Britain and the rights of UK nationals working in Europe.

“While the government has now stepped away from plans to impose an overnight cut-off on free movement on 31 October, uncertainty remains.”

Questioned whether they believe there is sufficiently clear guidance on the EU Settlement Scheme, the Home Office initiative to provide EU citizens with a route to living and working in the UK after the country leaves the EU, 55% responded “no”.

“We are concerned that UK nationals working in the EEA have very little clarity on their status in the event of a no-deal Brexit as this will depend on the position taken by each of the EU27 separately,” Bowers added. “Furthermore, the government’s white paper, with its focus on Tier 2 employed status, fails to consider the loss of EU self-employed contractors to the domestic workforce.”

“EU citizens living and working in the UK can now apply for the Settlement Scheme, while those arriving between Brexit day and the end of 2020 will be able to apply for temporary leave to remain.

“However, despite these mechanisms being in place, staffing firms and employers are left with the challenges of reassuring and supporting existing European workers and encouraging EU candidates to come to the UK at this uncertain time,” Bowers said.

A Home Office spokesperson said: “EU citizens are our friends, families and neighbours and we want them to stay. More than 1.7 million people have already applied to the EU Settlement Scheme and EU citizens have until at least 31 December 2020 to do so.”

The Home Office stressed that there is a wide range of support available, including an employer toolkit and a dedicated helpline. It has also launched a £4 million marketing campaign to encourage EU citizens to apply.

“EU citizens moving to the UK after a no deal Brexit on 31 October 2019 will still be able to live and work in the UK,” said the spokesperson. “However, if they wish to remain in the UK after 31 December 2020 they will need to apply for a UK immigration status. A European Temporary Leave to Remain scheme will open after exit, which will provide employers with the certainty they need to continue to employ EU citizens.”