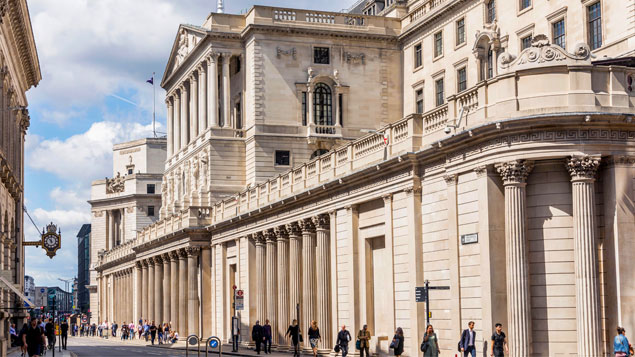 The Bank of England is still “some way off” its diversity targets for next year, with little evidence that it is doing enough to improve representation of women and ethnic minority groups, MPs have found.

According to the Public Accounts Committee (PAC), recruitment of women has been “well below” the bank’s overall target of 50% female staff by 2020, despite it being regularly pressed by the Treasury Select Committee to improve gender diversity.

The proportion of female staff across the organisation has remained at between 44% to 45% since 2015 and in the past year only 43% of new starters have been women.

However, it is close to achieving its target of 35% female representation in senior management positions; currently around 32% of its leadership team are women.

It is also likely to miss its target for 20% black, Asian and minority ethnic (BAME) representation in 2020. Currently around 18% of its workforce are BAME and almost a quarter of staff leaving the bank are from a BAME background, meaning there is likely to be a decline in the proportion of employees from this group. Just 5% of its senior management team are BAME.

The PAC report on the Bank of England’s central services says the bank should report back to the committee with the additional steps it will take to improve gender and ethnic diversity by June.

Last year the bank admitted that it needed a “step change in approach” to improve the retention of BAME staff, though it could identify no clear reasons for the high turnover rate.

The report says: “We asked the bank if it had measured the effectiveness of its interventions as it appeared to still have some way to go to reach its diversity targets. The bank told us that its staff survey had very positive responses to questions about inclusion including respect for individuals, and whether individuals think the bank takes diversity seriously.

“The bank accepted that at 17% the proportion of female senior managers in 2013 was far too low. It explained that its target to reach 35% had been deliberately stretching, and that it wanted to go further in the future.”

The report claims that it has invested heavily in improving diversity and inclusion, including the introduction of a wellbeing strategy, staff networks, and “work to improve inclusion” – though it did not elaborate on the nature of this work.

The bank was also accused of “lagging behind the UK public and private sectors” in terms of workplace modernisation, with the PAC noting that some areas offered a “glimpse into the past”.

“The Bank recognises that culture within in an organisation is often the hardest thing to change, but it is confident that there are signs of support from across the bank for changes to central services and it has committed to involving the wider business in any changes it makes,” the report says.

A Bank of England spokesperson said: “We have received the report. We will study it and respond in due course.”

Progress on increasing the number of ethnic minority leaders in the UK’s biggest organisations has stalled and there is a...