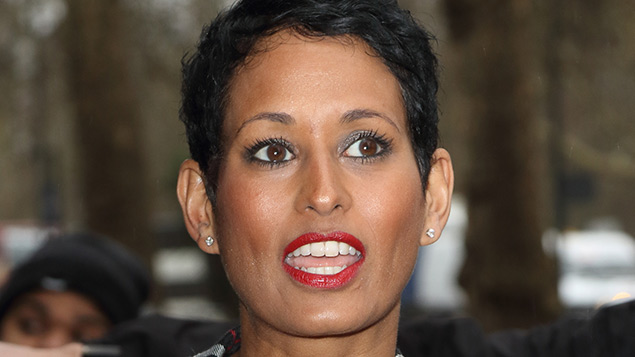 Lord Hall, director general of the BBC, has reversed the decision made by the broadcaster’s executive complaints unit to partially uphold a complaint against Naga Munchetty.

The BBC Breakfast presenter was last week found to have broken impartiality rules in comments she made on air about a tweet from US president Donald Trump.

The climbdown comes after numerous actors, journalists and politicians wrote to the BBC in anger at its decision.

The tweet said: “Why don’t they go back and help fix the totally broken and crime infested places from which they came.”

Munchetty said she also had once been told to “go back where I came from”. She said such a remark was “embedded in racism” and that people understood what it meant.

Walker asked her how she felt about Trump’s remarks to which she said she was “furious and I can imagine lots of people in this country will be feeling absolutely furious a man in that position thinks it’s OK to skirt the lines by using language like that.”

Last week, the BBC’s Editorial Complaints Unit found Munchetty had breached the corporation’s guidelines by making these remarks. It explained that “[Munchetty] understandably feels strongly on this issue, and there was nothing wrong with her talking about her own experiences of racism. However, our editorial guidelines do not allow for journalists to then give their opinions about the individual making the remarks or their motives for doing so … and it was for this reason that the complaint was partially upheld. Those judgments are for the audience to make.”

….and viciously telling the people of the United States, the greatest and most powerful Nation on earth, how our government is to be run. Why don’t they go back and help fix the totally broken and crime infested places from which they came. Then come back and show us how….

Signatories to last week’s open letter to the BBC condemned the finding saying it constituted a form of racially discriminatory treatment towards black people.

There were several grounds, they said, for disputing the BBC’s judgment. Firstly, “racism is not a valid opinion on which an ‘impartial’ stance can or should be maintained.” They argued that for Munchetty and all people who experienced racial abuse “being expected to treat racist ideas as potentially valid has devastating and maybe illegal consequences for our dignity and ability to work in a professional environment, as well as being contrary to race equality and human rights legislation.”

The BBC had said there were no complaints from the public about Walker’s comments, which was why his observations were not examined. But yesterday the Guardian revealed that Walker was also the subject of the original complaint.

Last night Lord Hall emailed staff yesterday saying that Munchetty’s words were insufficent to merit a partial uphold of the complaint against her.

The email said: “I have looked carefully at all the arguments that have been made and assessed all of the materials. I have also examined the complaint itself,” he said. “It was only ever in a limited way that there was found to be a breach of our guidelines. These are often finely balanced and difficult judgments.

“But, in this instance, I don’t think Naga’s words were sufficient to merit a partial uphold of the complaint around the comments she made. There was never any sanction against Naga and I hope this step makes that absolutely clear. She is an exceptional journalist and presenter and I am proud that she works for the BBC.

“I have asked the editorial and leadership teams to discuss how we manage live exchanges on air around these topics in the future. Our impartiality is fundamental to our journalism and is what our audiences expect of us.”