How to tackle imposter syndrome and ‘modern racism’ 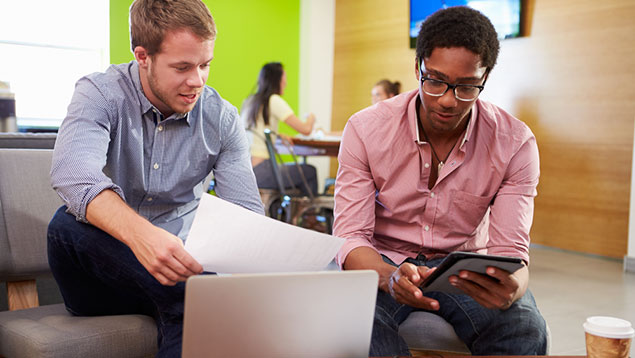 It’s not unusual for black people and those from ethnic minority backgrounds to feel they don’t belong in certain workplaces. Such insecurities can lead to self-doubt and stress, but there are ways of preventing these feelings affecting work and relationships, writes Binna Kandola

Imposter syndrome is the belief that you are less capable than those around you, that your success is the result of luck or other external factors and that you will be discovered as a fraudster. It’s a term that has been growing in both awareness and understanding over the past few years – according to Google Trends, the term itself hit peak popularity for searches at the end of June this year.

‘Men and women aren’t the same’: Jordan Peterson on unconscious bias and gender

Imposter syndrome can affect us in all areas of our lives, but the workplace impact of these beliefs can be significant. For example, people struggling with imposter syndrome might overwork themselves or develop a harmful tendency towards perfectionism in an attempt to overcome their feelings of inadequacy. They will find it difficult to recover from setbacks and in the long-term, their career development will begin to wane, as they will hold themselves back from pursuing personal ambitions or opportunities to progress.

Where do these feelings come from?

There are several different contributing factors. For example, if the person is different from those who tend to obtain certain roles, they may be stereotyped, or lack role models and colleagues with a similar background to admire and connect with. These insecurities can foster a powerful feeling of self-doubt, ultimately culminating in imposter syndrome.

Millennials are often spoken about as being particularly at risk, with one survey finding that, due to feeling intimidated in the workplace, as many as a third struggle with imposter syndrome. However, there is one group in our society that is often overlooked as victims of imposter syndrome; namely, the ethnic minority community.

How are racism and imposter syndrome linked?

A recent study found that despite making up 14% of the UK population, just 3% of the country’s most powerful individuals are from black and ethnic minority backgrounds. With such a severe lack of representation, especially at senior levels, it’s no wonder that so many such workers struggle with imposter syndrome. But you may be wondering how this is an example of racism. Well, to fully understand how racism and imposter syndrome intersect, we must first understand how racism itself has changed.

The vast majority of us would like to think that racism no longer has a place in our society. In reality, it has evolved to survive in more subtle forms, going largely unopposed but remaining present, commonly known as “modern racism”. For example, not only are we becoming increasingly aware of the race pay gap and the lack of ethnic minority representation at senior organisational levels, but our own research at Pearn Kandola has found that three-in-five (59%) of ethnic minority employees actually feel that colleagues have made assumptions about their ability, character or behaviour, based on their ethnicity.

It’s no wonder, therefore, that so many of these workers are feeling the effects of imposter syndrome. With a severe shortage of role models to emulate, as well as the constant reminder that they are different to the vast majority of their colleagues, they can easily start to feel as though they don’t belong.

How can it be tackled?

The first strategy is, quite simply, to think positive. Positive emotions enhance our sense of capability, empowering us to achieve more than when we focus on negative thoughts. Visualise your goal and think about what you need to do in order to reach it.

Be realistic, though. People suffering from imposter syndrome often hold themselves to unrealistic standards and are then irreparably disheartened when they fail to live up to them. Remind yourself that you can succeed and that you deserve your success, but crucially, create a series of achievable goals to work towards.

The second strategy is to examine our self-talk – the thoughts that we have about ourselves. Stewing on negative feelings will only cause them to fester, so the first thing we must do is stop thinking like this.

Writing persistent negative thoughts down can also be a beneficial way of externalising and putting them into perspective. Once you’ve written down your worries, you can look at how these thoughts can be turned into positives. For example, you may think: “I don’t deserve to be in this job.” On writing it down and examining it, you would say: “The people who selected me to do this have confidence in my abilities.”

A third strategy is to recollect your achievements, successes or qualifications; whatever it is that makes you proud or gives you confidence. One person I know keeps a folder with the great feedback he has received over the years. When he has doubts, he returns to his folder to remind himself of his achievements and what others think of him.

Both imposter syndrome and modern racism pose significant challenges for employees and employers alike. We need to discuss the issue and address how we can make ethnic minority workers feel just as valued and included as their white colleagues. It may be uncomfortable at first, but only by acknowledging that for many people, racism and imposter syndrome go in hand-in-hand, can we create a better workplace for all.

For more on imposter syndrome listen to episode two of Professor Kandola’s new podcast series – Racism at Work – in which he discusses its impact with Tola Ayoola, META programme lead at the Cabinet Office and Chika Aghadiuno, group risk strategy and analysis director at Aviva