Five ways blockchain could change the face of HR 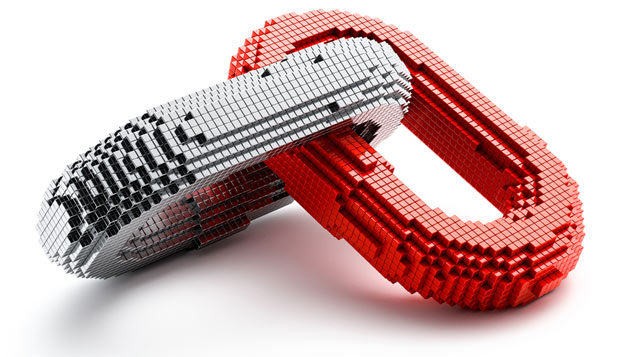 If you haven’t heard of blockchain, perhaps you’ve heard of Bitcoin, the cryptocurrency that uses its technology? Sam Fletcher of global executive leadership advisory firm 6 Group takes a look at how blockchain could transform the daily work of the HR department.

HR professionals are becoming increasingly curious about the benefits of blockchain technology and are already seeking ways to seize a ‘first mover’ advantage by adopting it.

IBM, Samsung, Visa, Walmart and Barclays, to name just a handful, are already seeing the benefits of blockchain to track supply chains, create ‘smart’ legal contracts and simplify financial transactions. Each of the Big Four accounting firms has already rolled out blockchain in various formats.

Imagine you’re trying to recruit a project manager. You will soon find out that “project management” is a catch-all term used to describe anything from building a nuclear power station, to arranging the office Christmas party”

So, what on earth is it? Blockchain technology enables a record of transactions to be stored and verified across a network and validated in real time.

Transactions can be financial in nature or purely information-based, and because the network records each transaction (the ‘block’) and maintains a permanent and unalterable historical record of transactions (the ‘chain’), there is limited scope for fraud.

Imagine a room full of people and one person lends money to another, with everyone in the room agreeing upon and writing down the exact details of the transaction and keeping the record with them, and you start to get the idea.

It is for this reason that immediate applications became apparent in the financial world, with the ability for computer networks to replace banks in maintaining financial records.

Logic follows that if a computer network is able to record the transactions usually carried out by a bank, why not integrate how we represent currency itself and remove the possibility of fraud which is so rife in our current system? It was this line of thinking that created Bitcoin with blockchain as the enabling technology.

With the ability to maintain an accurate record of validated information, providing a shared and immediately available ‘one version of the truth’, blockchain is lauded as the most revolutionary form of technology since the birth of the internet.

What does blockchain mean for HR teams?

Let’s start with recruitment. If you’ve ever used an online job board, CV database or professional networking site such as LinkedIn, you’ll appreciate how the ability to find people with the right skills and experience can help you identify potential candidates for positions you need to recruit.

One element which can cause confusion is the vast number of ways in which people describe their skills and experience.

Imagine you’re trying to recruit a project manager. You will soon find out that “project management” is a catch-all term used to describe anything from building a nuclear power station, to arranging the office Christmas party.

One way in which blockchain technology can simplify the work of identifying potential candidates is to provide a database of people with experience and skills codified to accurately record their abilities.

Human recruiters are naturally limited in time and resources (and often patience) in having to combine endless strings of keywords and search terms to find people on professional networking sites or job boards which often contain inaccurate or outdated details.

Artificial Intelligence, however, would be able to comb through a live and accurate blockchain-enabled database of potential candidates and identify those best suited to the role. Added to this would be the ability to discover the right people, irrespective of age, gender or nationality.

Currently, after finding a suitably qualified person to recruit, HR departments have to confirm that the individual is who they say they are, holds the qualification they state and has, in fact, held the roles they have included in their CV.

You only have to run an internet search for the words ‘CEO’, ‘CV’ and ‘scandal’ to appreciate the implications of an ineffective reference check.

Some universities have already started to look at using blockchain as a means to verifying the educational qualification level of their alumni as an accessible record. This process will detect fraudulent applicants.

Blockchain could also be used to record and map the skills and abilities within the current workforce of a business. Companies have been doing this already, albeit in a more rudimentary way through performance appraisals and maintaining records of company-approved training courses.

A more rigorous approach using blockchain technology has the potential to turn workforce planning from a laborious annual exercise to instantly accessible and live business information. This will allow companies to understand exactly how many staff they need to recruit and where, who the right person is for that internal promotion, and if staff allocated to projects have the correct competencies.

Blockchain has the potential to provide a more robust approach to pay scales with defined salary increases for key skills or capabilities that are held at a premium in the market, or for allocating performance-based bonus awards in a more measurable way.

It is already standard practice in some industries for service companies to have the qualifications, certifications and skills of staff assigned to a certain projects or scope of work tied in as contractual obligations.

Taking the capabilities and functionality of blockchain technology to a rather progressive yet not inconceivable application could allow more rigour and certainty in such contracts and allow companies to better understand the return on investment for staff with particular skills.

Of course, all of the mentioned applications are based on speculation and theory and as with any technology, blockchain must overcome a number of obstacles including a significant shift in attitude in the way people work.

Regardless of the rate of progress, blockchain will certainly have an unavoidable impact on the way we do business and HR professionals should continue to monitor it carefully during 2018.

Sam Fletcher is the head of intelligence at 6 Group, the executive leadership advisory firm.
View all posts by Sam Fletcher →
Previous Article
Next Article