Why do so few staff feel their employer lives up to its brand? 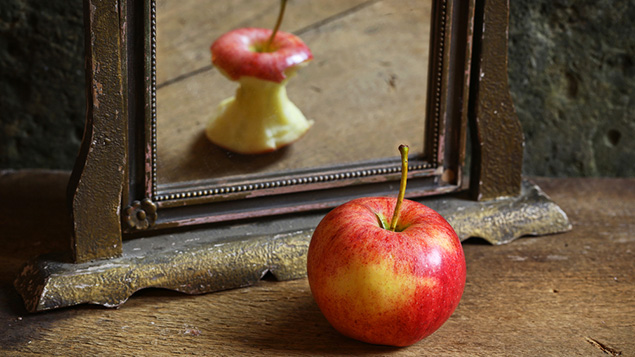 New research shows that only 19% of employees globally think their experience of their employer matches up to the brand image it sends out. Jo Faragher looks at how organisations can overcome this credibility gap.

Less than a fifth of employees feel there is a strong alignment between what their employer says about itself, and what they experience working there, according to a report from PR consultancy Weber Shandwick.

Its research revealed that just 19% strongly agree that “what my employer portrays about itself publicly matches what it’s like to work there”, while 7% strongly disagree.

“Aligned” employers are more likely to offer training and resources, treat all employees fairly regardless of race, gender, age, sexual orientation or cultural differences, it found.

They are also more likely to have leaders who act in accordance with the organisation’s vision and values, and imbue trust in employees. More than half of employees who felt their employer’s image lived up to the reality knew their organisation’s goals for the future.

Given the prevalence of ‘review’ sites such as Glassdoor, and the fact people are more likely to voice opinions about their workplaces on social media, it’s surprising we still have such a credibility gap, says Stephen Duncan, director of employee engagement and change at Weber Shandwick in EMEA.

“There is much more transparency. People can hold employers accountable on sites such as Glassdoor, but it’s not the only deciding factor,” he says. “Companies want to tell a compelling story but can’t always deliver on it inside the organisation.”

“Operating in a more transparent way requires a level of connectedness inside the organisation which can be a struggle for some businesses.

“If you think about all the different touchpoints an employee encounters during the work life-cycle – HR, internal comms, leaders, line managers, finance – these all need a common view on the experience they’re trying to create, and then deliver.”

Weber Shandwick also found that 74% of employers fall into a category it describes as “marginally aligned”, meaning their workforce is either not sure whether their employer lives up to promises or does not feel strongly either way.

These employees, says Kate Bullinger, executive vice president of employee engagement and change at Weber Shandwick, are the ones organisations should focus on if they want to boost recruitment, retention and engagement.

“The most aligned companies score higher on a range of things including leadership and clear internal communications – if you look at this list there are a wealth of levers organisations can push to close the gap.”

One of the key “levers” is diversity and inclusion. Almost six in 10 employees who felt their employer was strongly aligned also felt it was an inclusive employer, compared to 28% of employees overall. Employees at “diversity forward” employers, according to Weber Shandwick, are almost three times more likely to say their leaders inspire a positive culture.

And while many employers focus on how they are perceived during the recruitment and attraction process, a longer-term view is needed.

“Lots of organisations start to have an issue at onboarding,” adds Duncan. “When aspiration hits reality – that’s when things start to go wrong.”

Bullinger says: “This is why we’re seeing more companies looking at onboarding not just as a one-off, but as a number of inflection points over six to 12 months. Things like check-in points at six or 12 months or offering peer advisors can help.”

One of the best ways organisations can address any credibility gap is to tackle it head on.

Duncan adds: “Historically you would have asked someone face to face what it’s like to work somewhere. Now it’s just a different channel, and you don’t necessarily have to know someone. Sites such as Glassdoor have democratised this process.”

Where there is either uncertainty or negativity, companies need to be prepared to fill that gap.

“People start to make decisions based on what they’ve read and these platforms propagate that gap,” he says. “If people see a litany of how bad the work-life balance is at your organisation, for example, why should they choose you? Even if people are being negative, respond in a positive way, balance the story that’s being told.”

Ultimately, there is a good business case for organisations living up to their promises.

Aligned employees are also more likely to remain at their employer for more than a year (77%), or go the extra mile in their job by putting in more effort than is required (54%).

Duncan concludes: “Increased productivity and retention make that investment worthwhile, and you’ll see the benefits to the bottom line.”