What does Brexit teach us about negotiation and litigation? 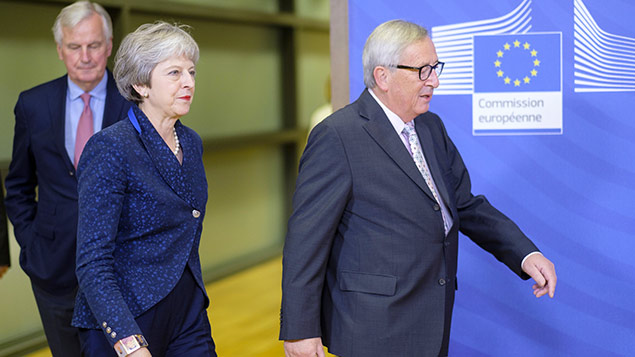 After more than two years of watching politicians grapple with one of the most complex negotiations the UK has ever been involved in, Paul Quain and Lisa Rix consider what we can learn from this in the context of employment disputes.

Knowing what you want to achieve

Before entering any negotiation, it is important to know what you want to get out of it. In an employment context, this means making sure that your key stakeholders – perhaps the board, shareholders, senior management or even the workforce as a whole – have something close to a united view about what they want to try to obtain.

The government knew after the 2016 referendum that the UK wanted to leave the EU, but there was no consensus of how to do so. In the UK’s case some of the stakeholders had effectively a veto over the ultimate decision, so their buy-in needed to be obtained before the negotiations started. Needless to say that did not happen and we can see the problems that has created.

Assessing risk and your negotiating position

When formulating any strategy in litigation you need to have a long, hard and dispassionate look at your strengths and weaknesses. What are the risks? What value would you put on different parts of your claim? If the value of a claim is £1 million and you have a 40% chance of success, do you value your claim at £400,000? You need to listen to outside advice carefully before concluding your assessment, particularly when you are being told something that you do not want to hear.

Sir Ivan Rogers, who resigned as UK ambassador to the EU in 2017, gave very clear advice to the British government, along with others, about prematurely triggering Article 50 and why it should not do this. This advice was ignored. Article 50 was triggered without a clear plan, in large part leading to the current stalemate and requests for extensions.

You also need to have a clear understanding as to what your “best alternative to a negotiated agreement”, often known as BATNA, and arguably the UK never did this. We are still not clear whether our BATNA is “no deal” or a revocation of Article 50.

Sometimes a deadline can force people to come together and make a decision they have been avoiding. However, time pressure can also have significant adverse consequences: mistakes or even strategic errors are made, and parties are forced to accept worse terms than those they might otherwise have negotiated.

The two-year deadline for Brexit negotiations has not been helpful to the UK. Companies should think very carefully before triggering litigation, because once a claim has been issued each side loses control of the matter and it becomes controlled by the court and its timetable. This losing of control has consequences – such as having to pay a significant part of the other side’s costs if you want to withdraw the claim or stop the litigation down the line.

Holding out for more…

In the scenario of the UK leaving the EU, passionate believers in Brexit have voted against the deal the government has negotiated with Brussels because they believe they can get something better. At least in some of those cases (Jacob Rees-Mogg, David Davis, Boris Johnson) there must have been an element of realising they had made a misjudgment as they voted against the government’s deal during the first two votes but voted for it on the third – when it was possibly too late.

The same could also be said about remain-supporting MPs who did not support compromise positions. One of the fallacies that people mistakenly hold onto is often “If something is on offer now, it will be on offer later, so we will hold on for something more…”. The reality is that dynamics and positions can change. If you decide not to board a particular ship, sometimes it sails away.

Can ideology and emotion get in the way?

Human beings are emotional by nature and, no matter how hard we try, much of our decision making is driven by emotions and sometimes ideology. This means that people do not necessarily respond to offers or suggestions rationally or become wedded to abstract concepts like our perception of justice or “what is right”.

With Brexit, we are told that “we must not let the EU treat us like that”, to be aware of “betrayal” and to respect “the will of the people”. We can see both sides employing emotional rhetoric and that has not helped to find a solution.

As you cannot remove emotion from the process, it is important to at least be aware of it, and to test strongly held views with evidence.

Brexit is a fascinating case study into the implementation of a hugely complex multi-layered negotiation. The fundamentals of good negotiation, as explored above, have been sadly absent from large parts of the process and, unfortunately, what we seem to be learning is how such negotiations should not be done.

About Paul Quain and Lisa Rix

Paul Quain is senior partner and Lisa Rix is an associate at employment law firm GQ|Littler.
View all posts by Paul Quain and Lisa Rix →
Previous Article
Next Article